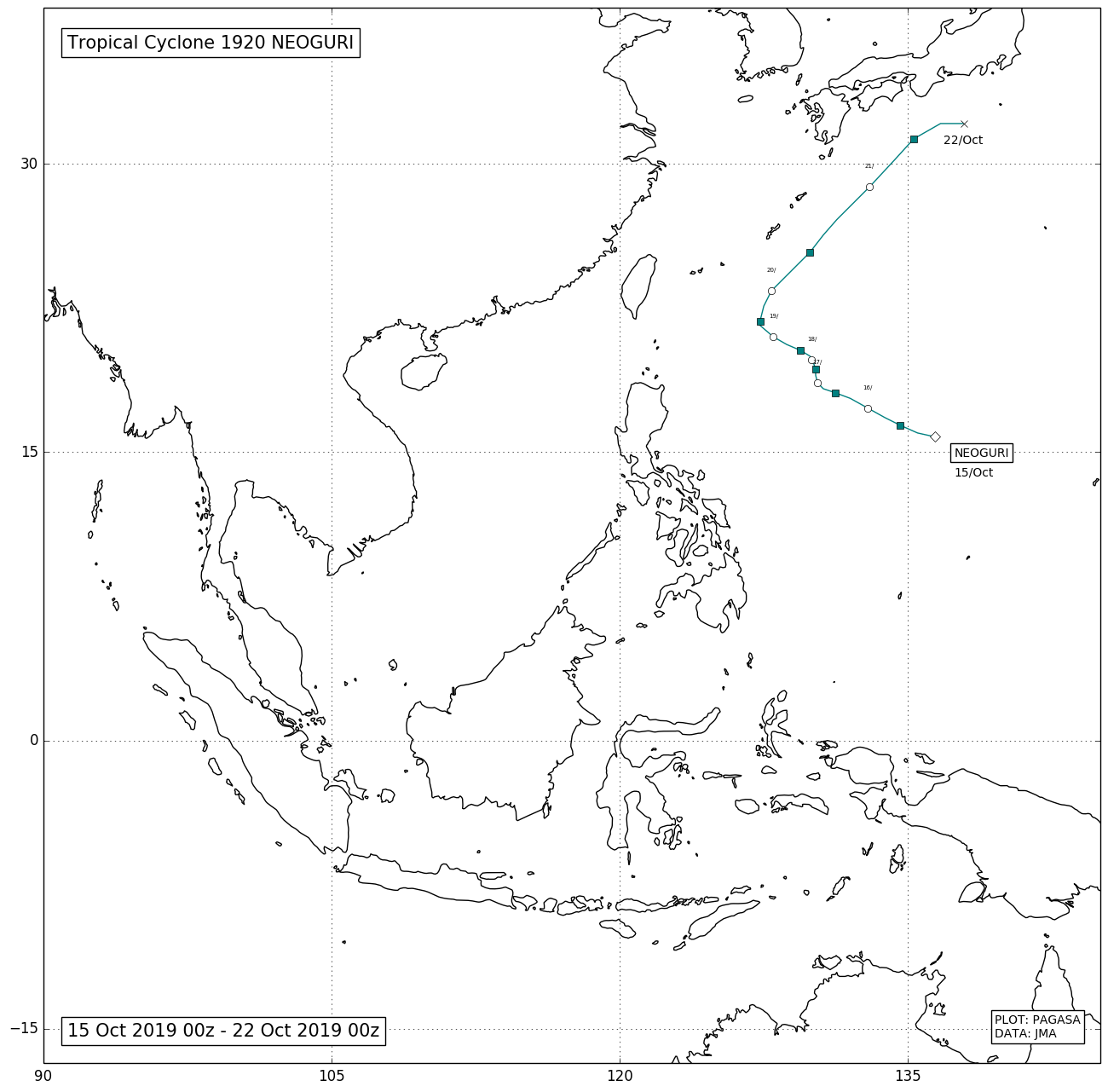 A low pressure area east of the Philippines was formed into a tropical Depression last October 15, 2019. It was then upgraded into a Tropical Storm by JMA and was named "Neoguri" on October 17. Neoguri continued to move west northwest while gaining strength. On October 19, it developed into a severe tropical storm and after 6 hours it was promoted into Typhoon Neoguri. TY Neoguri then moved northeast with maximum sustained wind of 75kts near the center. But as it move towards japan is slowly weaken and was downgraded to tropical storm. It managed to crossed the 30 degree latitude but continued to weaken and dissipated on October 22.