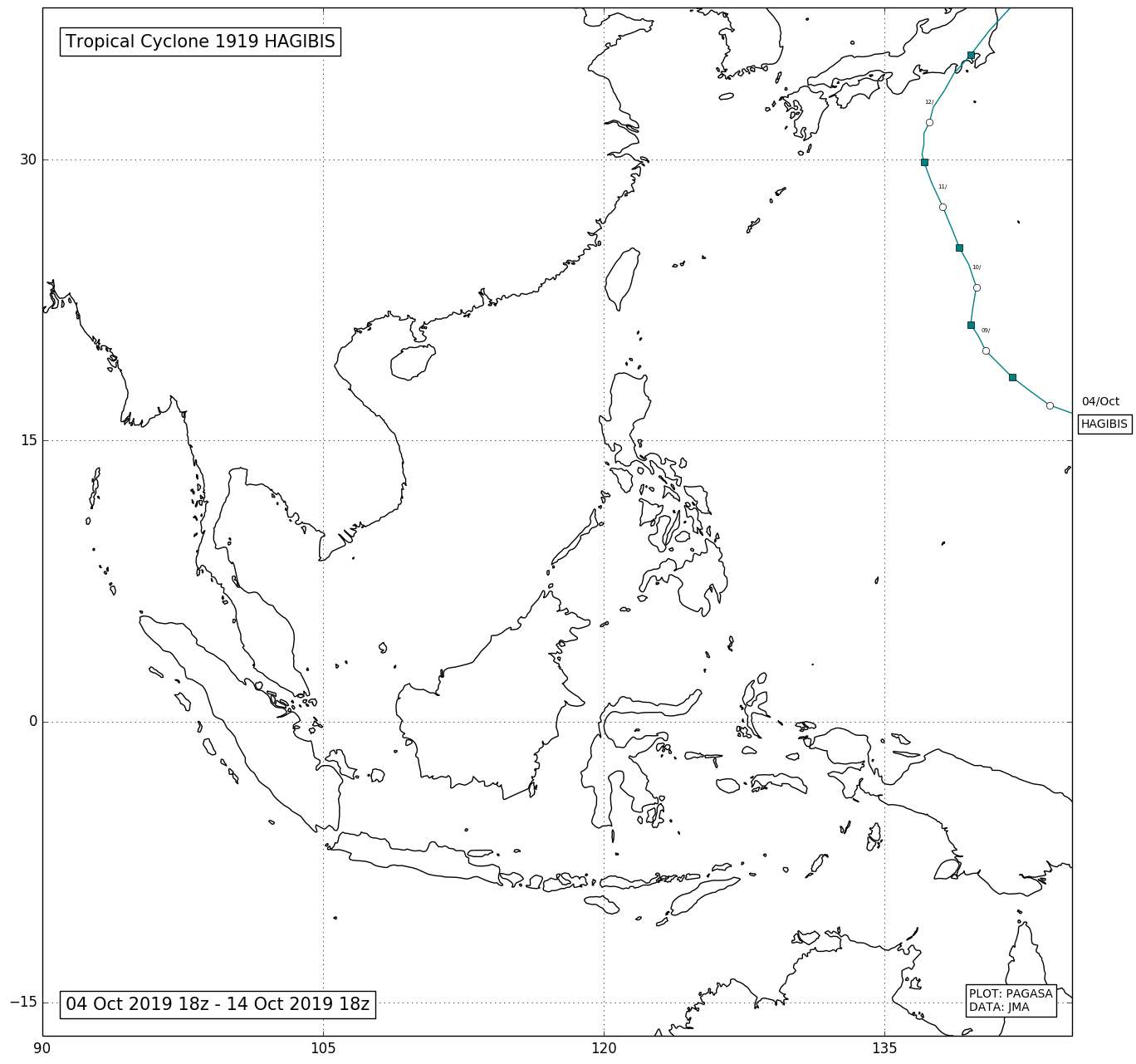 On October 2, the Joint Typhoon Warning Center began monitoring a tropical disturbance that was situated north of the Marshall Islands. On the next day, the JTWC issued a Tropical Cyclone Formation Alert. On October 4, both the JTWC and the Japan Meteorological Agency began issuing advisories on Tropical Depression 20W.

On October 5, the depression rapidly intensified into a tropical storm, and was issued the name "Hagibis" by the JMA. Sea surface temperatures and low wind shear allowed Hagibis to strengthen further, and on October 6, Hagibis became a severe tropical storm. On October 7, while continuing to move west, Hagibis explosively intensified and became a super typhoon in the space of only a few hours, developing a pinhole eye. As it approached the uninhabited areas of the Mariana Islands, strong convective activity as a result of extremely favourable conditions saw Hagibis became a very powerful Category 5-equivalent super typhoon on the Saffir-Simpson hurricane wind scale, with one-minute sustained wind speeds of 260 km/h (160 mph). The National Weather Service also began issuing advisories for its areas of responsibility, with a typhoon warning issued for Garapan and Tinian, and tropical storm advisories issued for Sinapalo and Hagåtña.[136] Hagibis passed over the Mariana Islands at 15:30 UTC on October 7 at peak intensity, with 10-minute sustained winds of 195 km/h (120 mph) and a central pressure of 915 hPa (27.02 inHg).

After passing the Mariana Islands, Hagibis began an eyewall replacement cycle, which caused the rapid intensification phase to end. The JTWC downgraded the system slightly to a high-end Category 4 system at 00:00 UTC on October 8. Several hours later, Hagibis re-intensified into a Category 5. Hagibis began to weaken on October 10. Hagibis made landfall on the Izu Peninsula of southeastern Honshu on October 12. Upon crossing the coast, the system had 10-minute sustained winds of 150 km/h (90 mph).