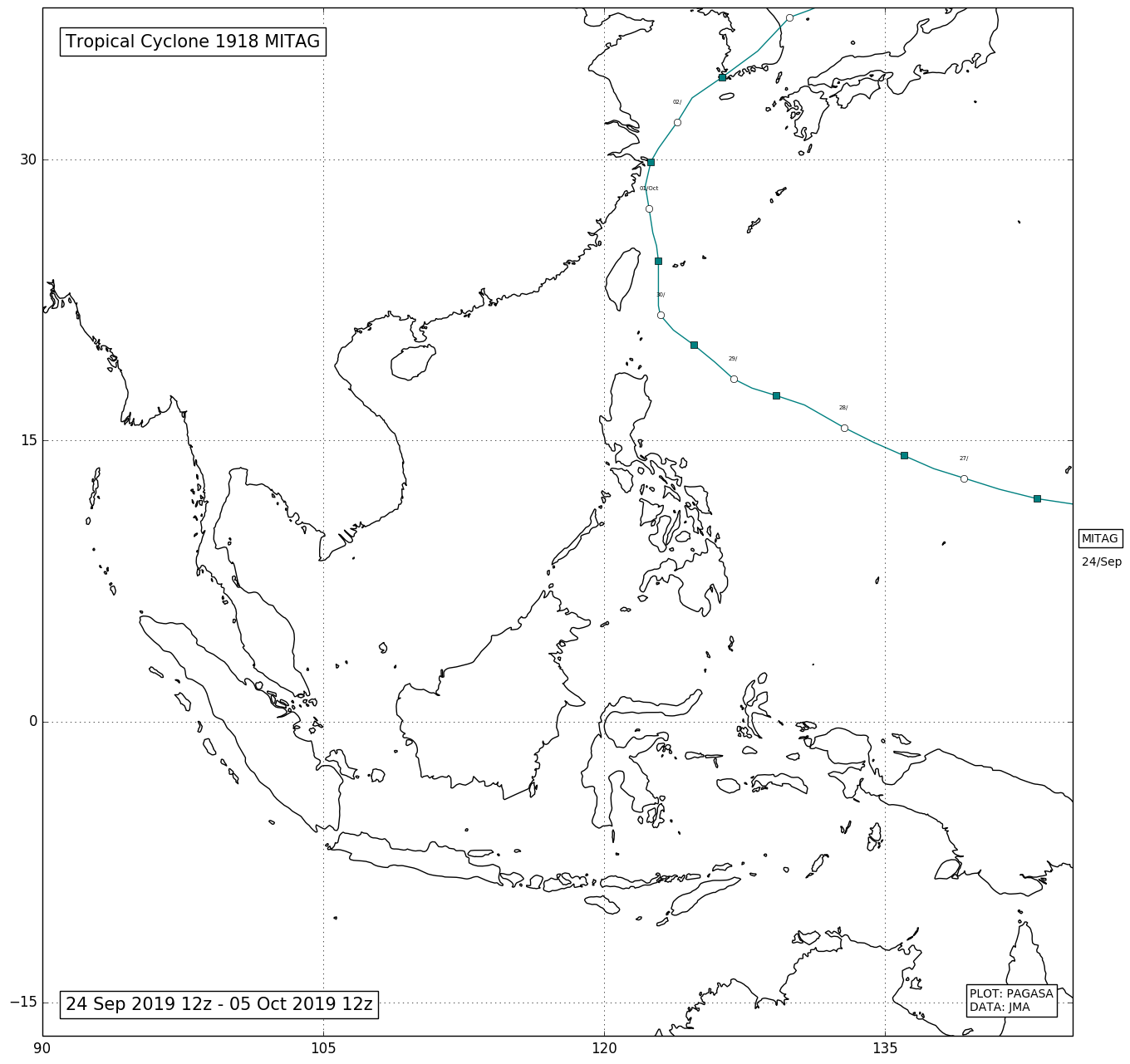 A new low pressure system formed in the outer parts of the Western Pacific near the Micronesia Islands near-mid September. The system gradually organized and the Japan Meteorological Agency upgraded it to a tropical depression on September 25. PAGASA named the system "Onyok" as it entered the Philippine Area of Responsibility. On September 28, the Japan Meteorological Agency upgraded Onyok to a tropical storm, and named it Mitag. Mitag began to organize itself, clearly forming a visible circulation while it was east of Luzon. Later that day the JMA upgraded Mitag to a severe tropical storm. Mitag further strengthened into a typhoon by September 29. Mitag then further intensified, becoming a Category 2 typhoon by evening on September 30, with a small eye developed. On October 1, Mitag weakened below typhoon intensity, before making landfall in Zhoushan, Zhejiang . On the next day,the storm made landfall on South Korea.