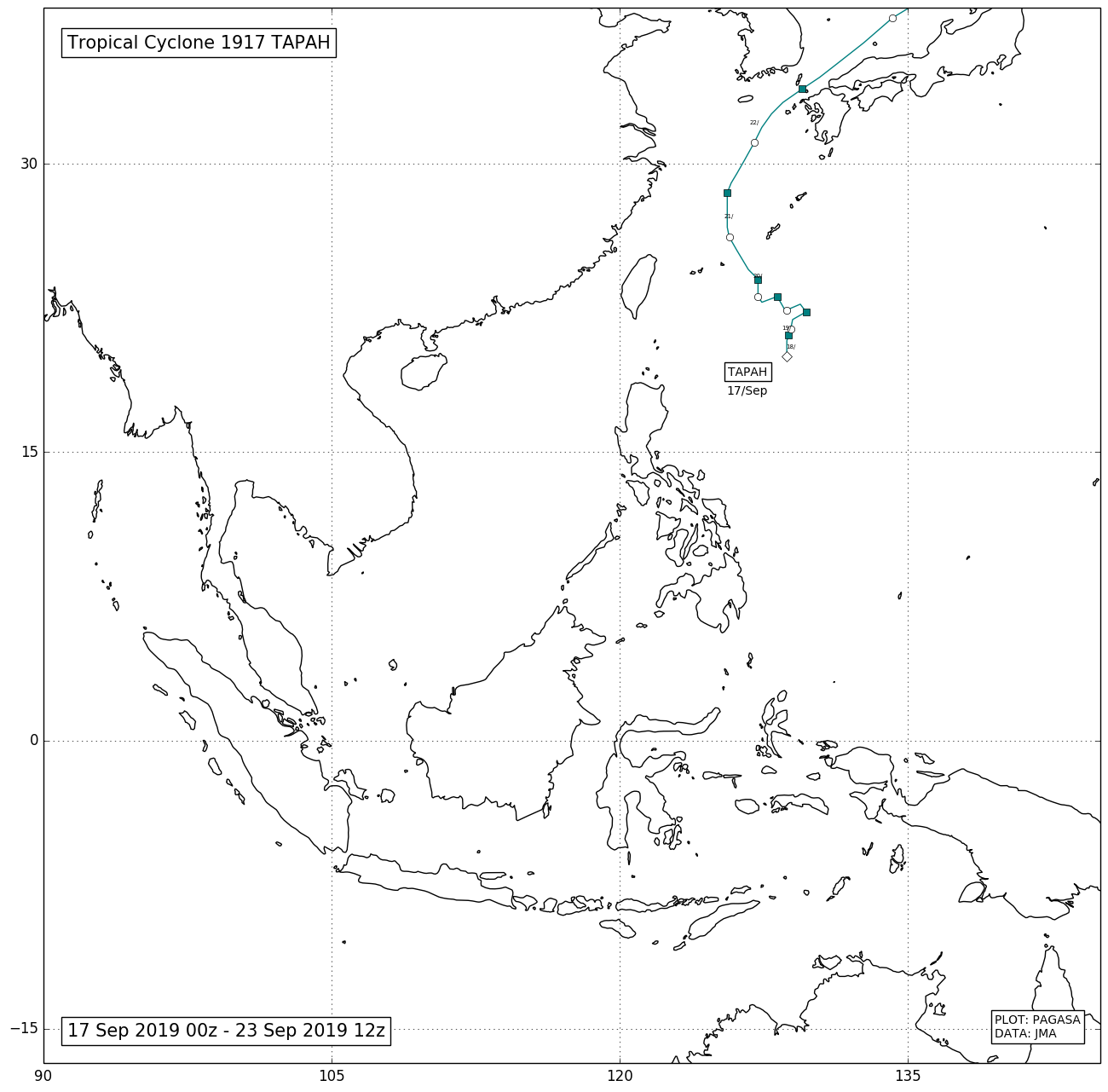 Early morning on September 21, Tapah exited the Philippine Area of Responsibility and then the PAGASA gave its last advisory on it. It even intensified further as it passed the Ryukyu Islands. Tapah then intensified into a typhoon as per the JMA, Tapah weakened into a severe tropical storm, as its diameter explosively expanded. Tapah then rapidly weakened into an extratropical storm on 00:00 UTC of September 23.