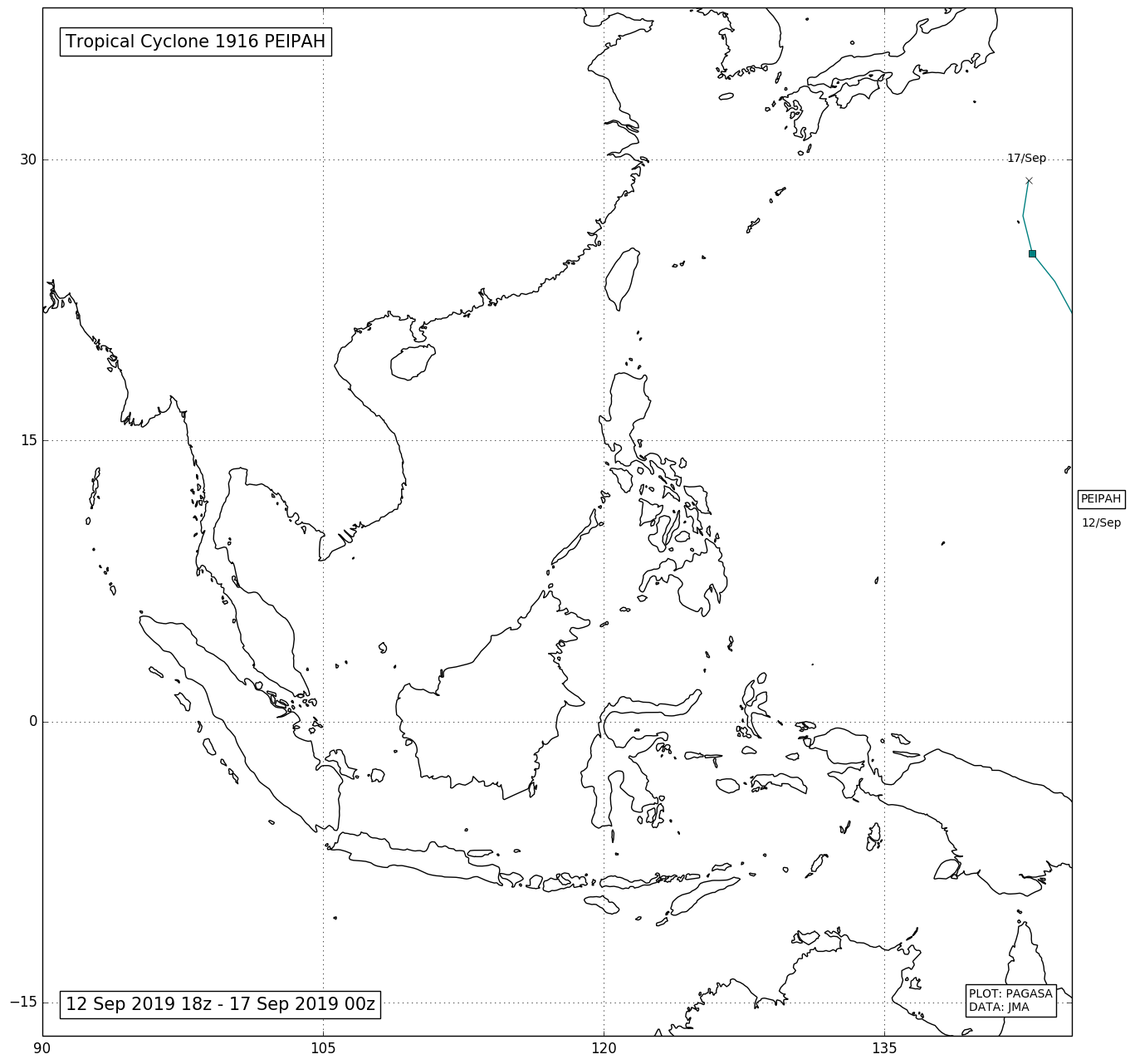 On September 14, a tropical depression formed. The Joint Typhoon Warning Center later issued a Tropical Cyclone Formation Alert, and as it gradually developed, it was given the designation 17W. Despite the high wind shear, the depression soon intensified to a tropical storm and was named Peipah. Peipah sustained itself for 12 hours before weakening again into a tropical depression by the Joint Typhoon Warning Center. Tropical Storm Peipah struggled, and soon lost the battle against the high wind shear, and after six hours Peipah weakened into a remnant low.