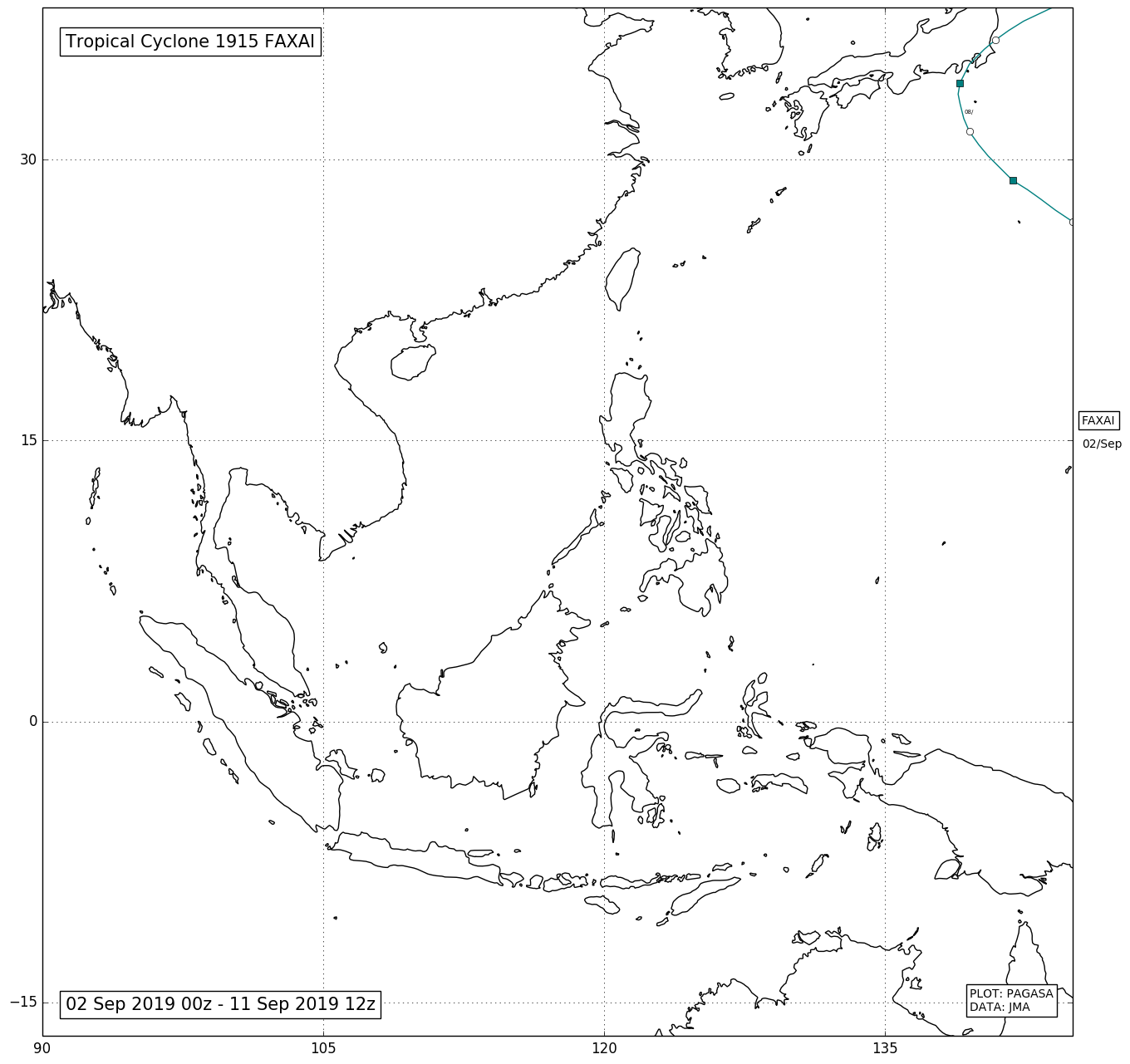 At 18:00 UTC on August 29, a tropical depression formed just east of the International Date Line. It moved west across the Pacific Ocean the next day. It was then designated 14W by the Joint Typhoon Warning Center after they initiated advisories. By September 2, the JTWC upgraded 14W to a tropical storm, and maintained its intensity for a couple of days. Three days later, it was upgraded to a tropical storm, and named it Faxai. Faxai gradually intensified, reaching typhoon status on September 6. Typhoon Faxai rapidly intensified into a Category 4 storm on September 8 and reaching its peak intensity. Faxai weakened slightly before making landfall in Chiba City shortly before 5:00 a.m. JST September 9.