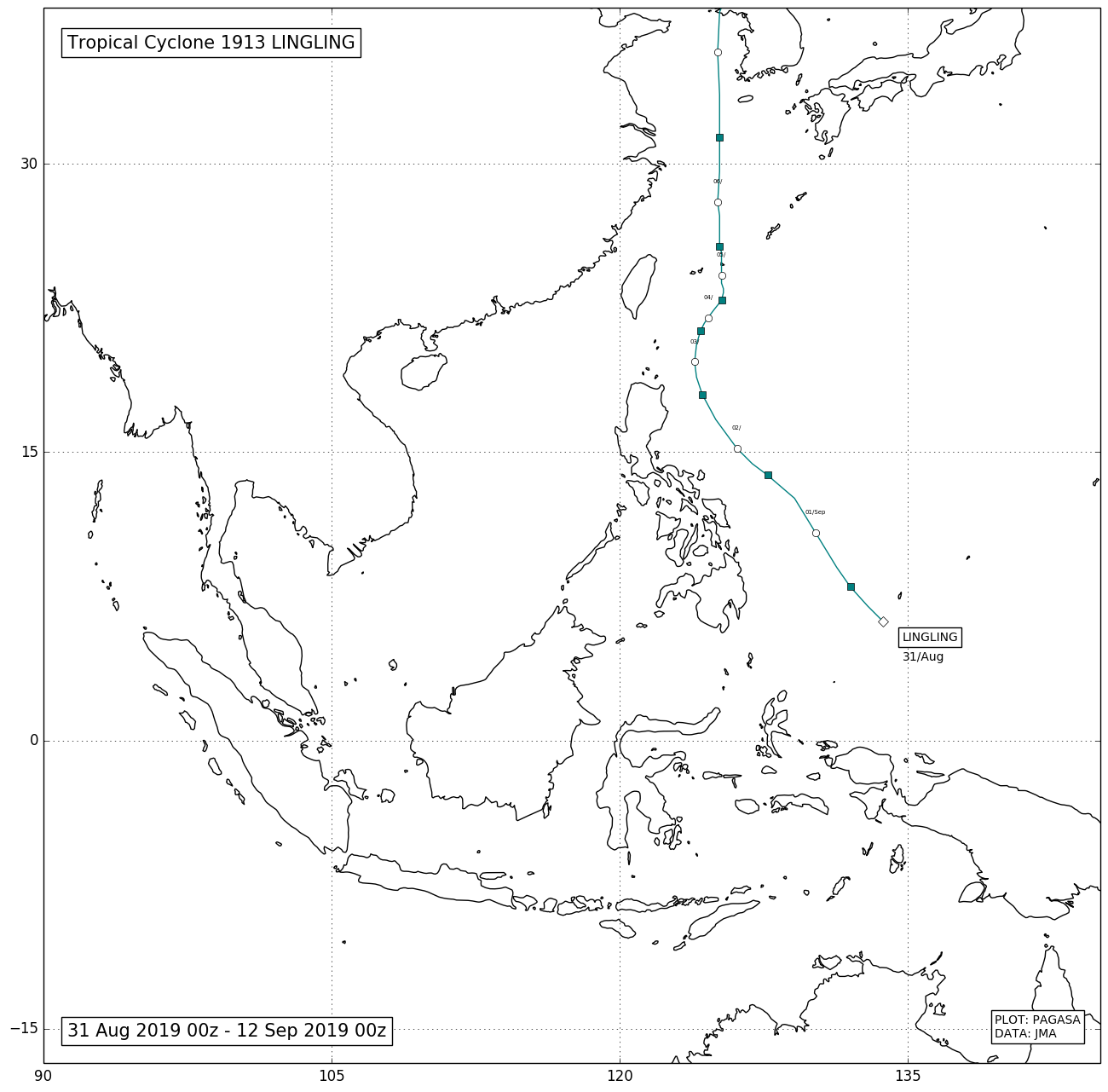 On August 31, three tropical depressions formed, one of which was east of Mindanao. On September 1, PAGASA upgraded the system and named it Liwayway. Liwayway then began to organize itself while in the Philippine Sea. Early on September 2, the Japan Meteorological Agency reported that Liwayway intensified into a tropical storm, and named the system Lingling. Lingling then continued to organize itself, and soon later upgraded to a tropical storm. Lingling then formed an eye, as the JMA upgraded it to a severe tropical storm. Typhoon Lingling then strengthened and the eye began to slowly consolidate around the center of the eye, and PAGASA, removed the Tropical Cyclone Wind Signals on Batanes after the storm slowly moved away. Lingling then underwent rapid intensification from favorable conditions near the South China Sea. The eye became clear and wide as Lingling intensified even further. Lingling, moved out of the Philippine Area of Responsibility, and PAGASA issued its final advisory on Lingling. Lingling then made landfall as a Category 4 on Miyako-jima, then continued to intensify, and reaching its peak intensity as a super typhoon, since Lekima a month earlier. It gradually weakened as it was east of China. Lingling made landfall in South Hwanghae Province, North Korea with winds of 130 km/h (80 mph), becoming the first typhoon and the strongest storm to strike the country. On September 8, Lingling weakened to a minimal tropical storm. It moved away from North Korea and the center moved to Russia, weakening even further.