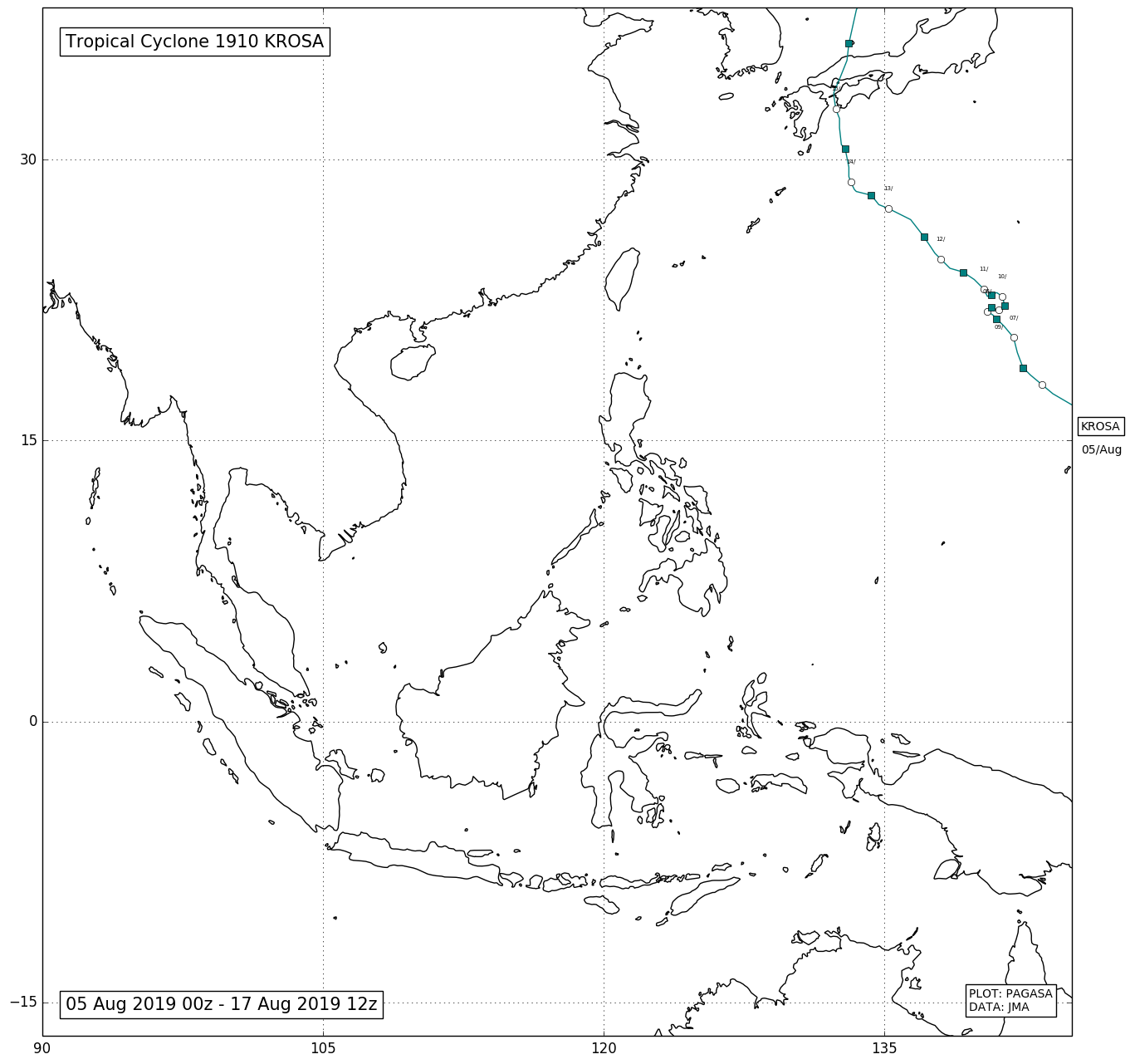 A tropical depression formed near Mariana Islands on August 5. By August 6, it intensified into a tropical storm, and was named Krosa by the JMA. Tropical Storm Krosa rapidly intensified to become a typhoon on August 8. By August 13, Krosa weakened below typhoon intensity. Krosa continued moving towards Japan with little change in intensity before landfall in Japan. On August 14, Krosa emerged in the Sea of Japan and a few days later on August 16 Krosa transitioned into an extratropical low.