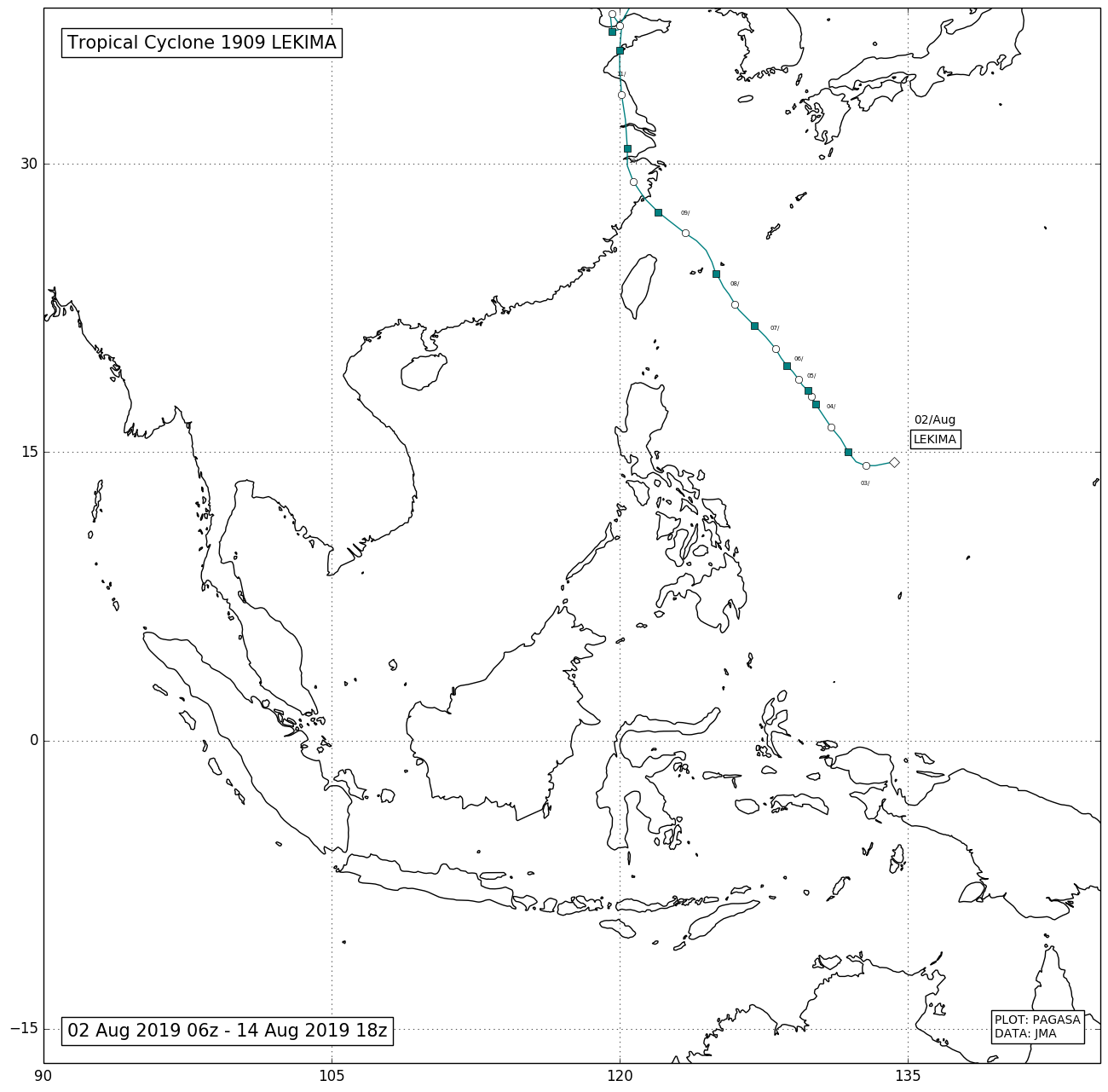 A tropical depression was formed over the Philippine Sea last August 2, 2019. It gained enough strength and became Tropical Storm 'Lekima' the next day. It moved west northwest while gaining strength. Due to favorable condition it intensified again into a Severe Tropical Storm on August 4. It continued to move northwest then rapidly intensified into a Typhoon on August 7, 2019 with maximum sustained wind of 105 kts. Typhoon Lekima then made landfall in Zhejiang China on August 10, 2019. It continued to move northward but weakens as it moved inland until it dissipated on August 13, 2019.