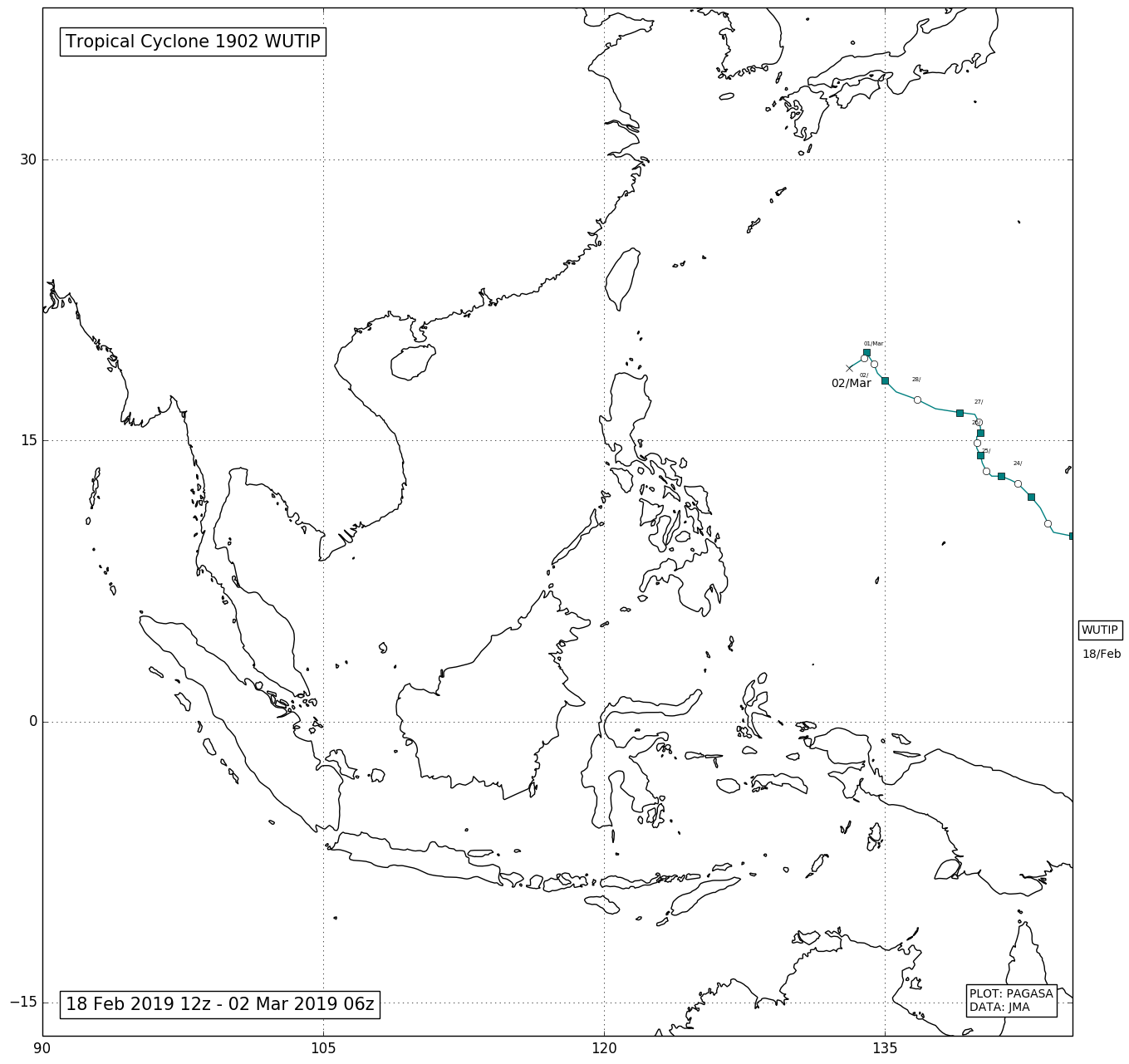 A Low Pressure Area (LPA) formed near Marshall Islands. Due to the warm water in the Pacific, it easily gained strength and was promoted as a Tropical Depression by JMA last February 18, 2019 while moving northwest. It further gained strength until it reached it maximum wind speed of 105 knots and became Typhoon "Wutip" on February 25, 2019. TY Wutip then became exposed to high vertical wind shear near the Philippines that caused it to weaken. It manage to enter the Philippine Area of Responsibility on February 28, 2019 while weakening then dissipated on March 2, 2019.