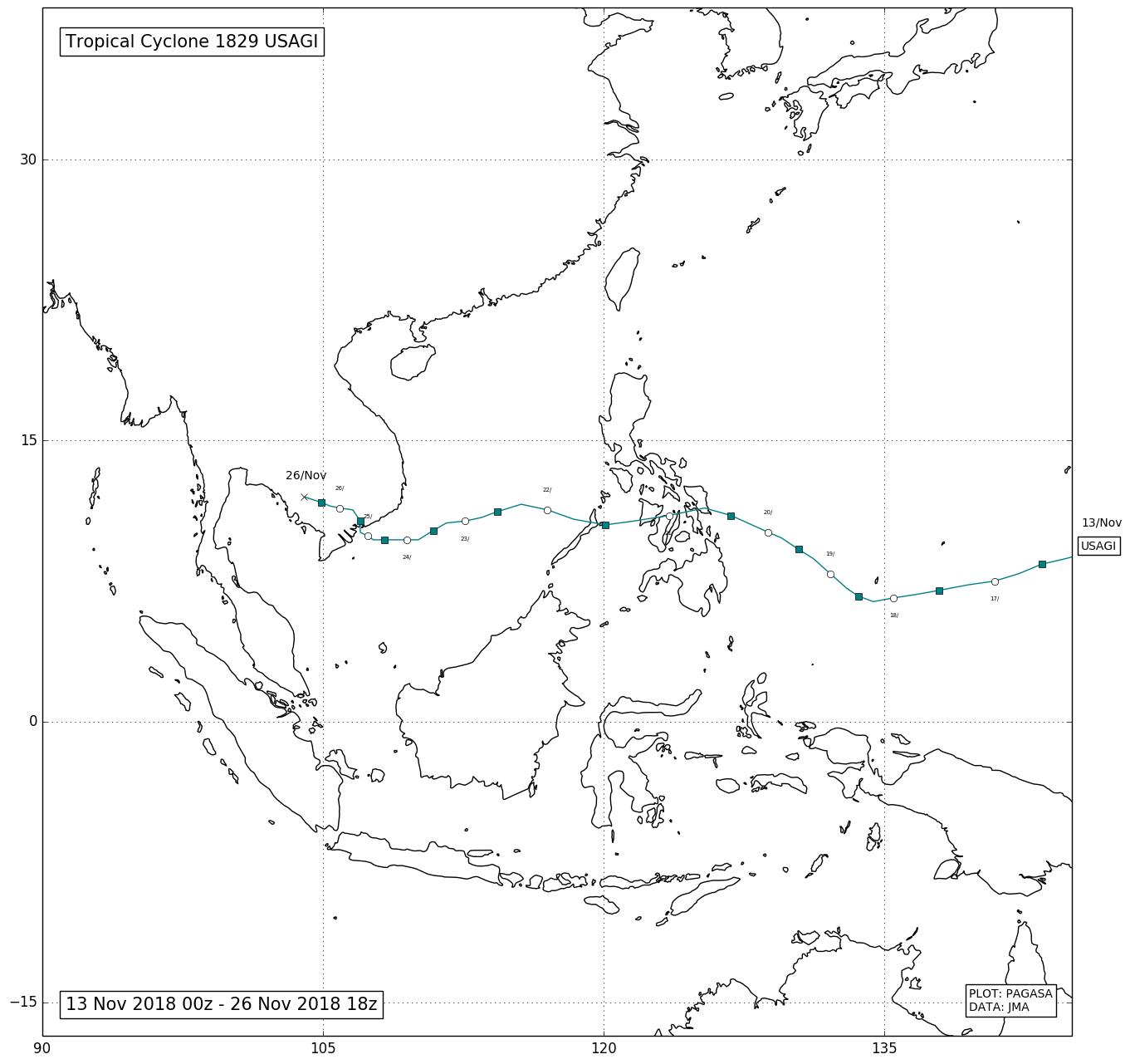 On November 18, a tropical depression was formed east of tthe Philippines and named the system Tropical Depression "Samuel". Samuel made landfall on November 20 in the Philippines, crossing the archipelago and weakening slightly. Samuel began to restrengthen over the West Philippine Sea, and was named "Usagi". Usagi underwent rapid intensification, and became a severe tropical storm on November 21 while moving slowly. By November 22, Usagi (Samuel) intensified into a typhoon. On November 24, Usagi weakened back to a severe tropical storm while heading to Vietnam because of the land interaction.