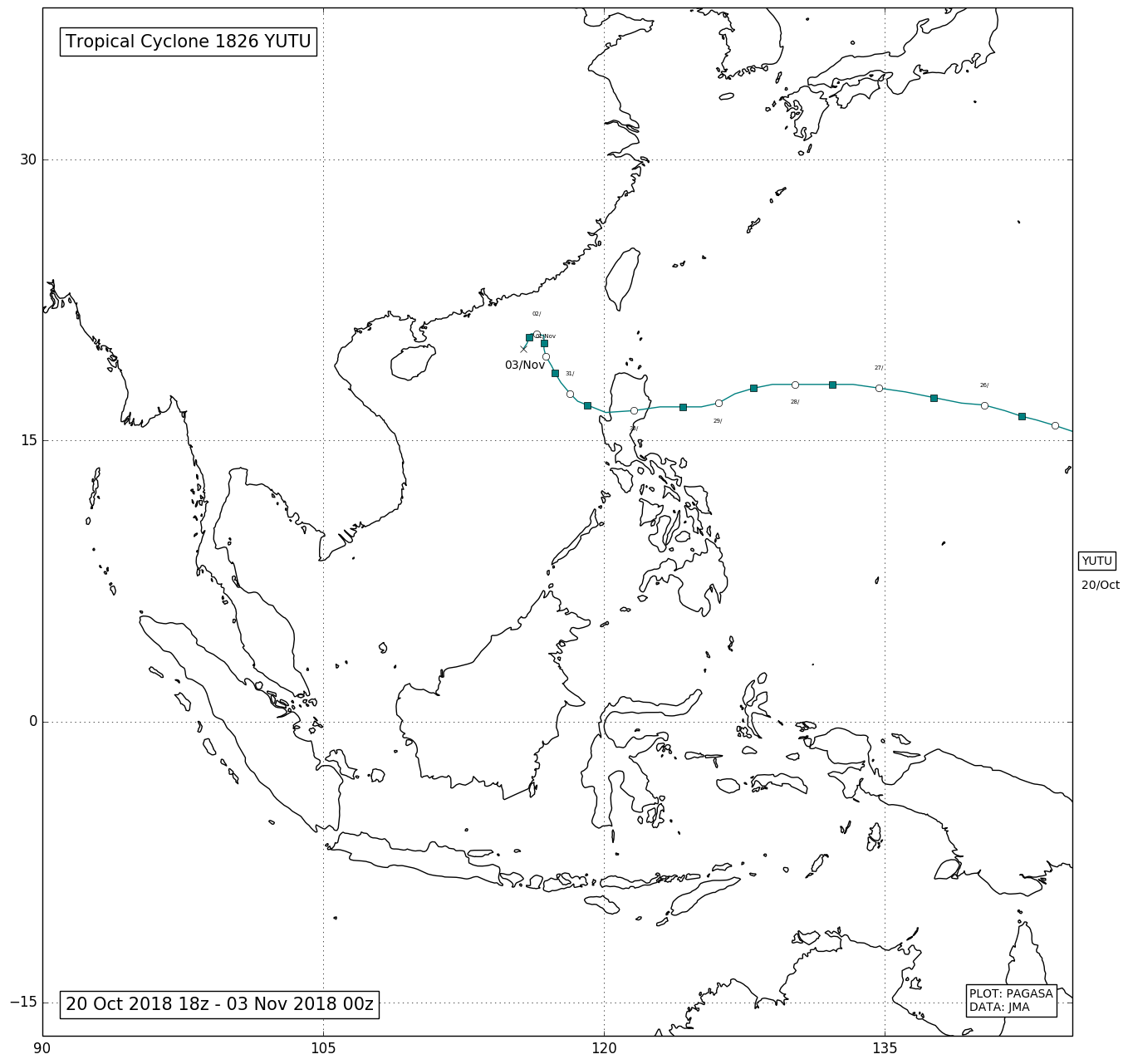 Last October 20, 2018, the low pressure area east of the Philippines developed into a tropical depression. It moved westward while gaining strength and became Tropical Storm Yutu. Due to the warm ocean, YUTU further intensified until it became a Typhoon on October 23. It continued on its track and made landfall in the northern part of the Philippines on October 30. It quickly weaken and exited the landmass on the same day. While in the West Philippine Sea, it weakened further until it dissipated on November 3, 2018.