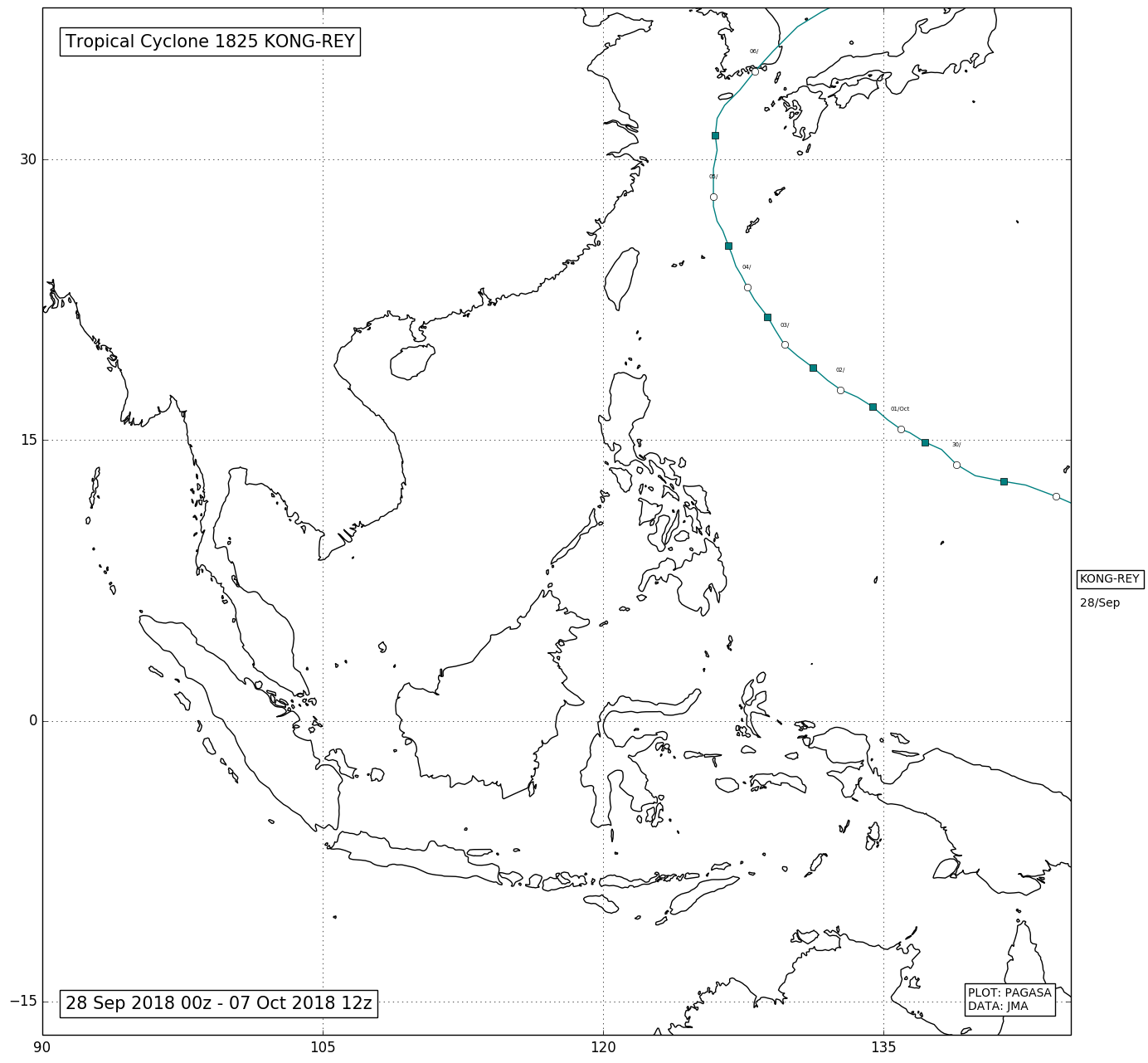 Another tropical depression was form in the east of the Philippines last September 28. It was named Tropical Depression KONG-REY. Due to favorable conditions, it developed into a Tropical storm then strengthened further until it became a Typhoon on September 30. Following the track of TRAMI, it moved northward until it made landfall to South Korea last October 1. It slightly weaken after its landfall but gained strength again after its exit to the land mass. It then became an extra tropical cyclone while moving eastward.