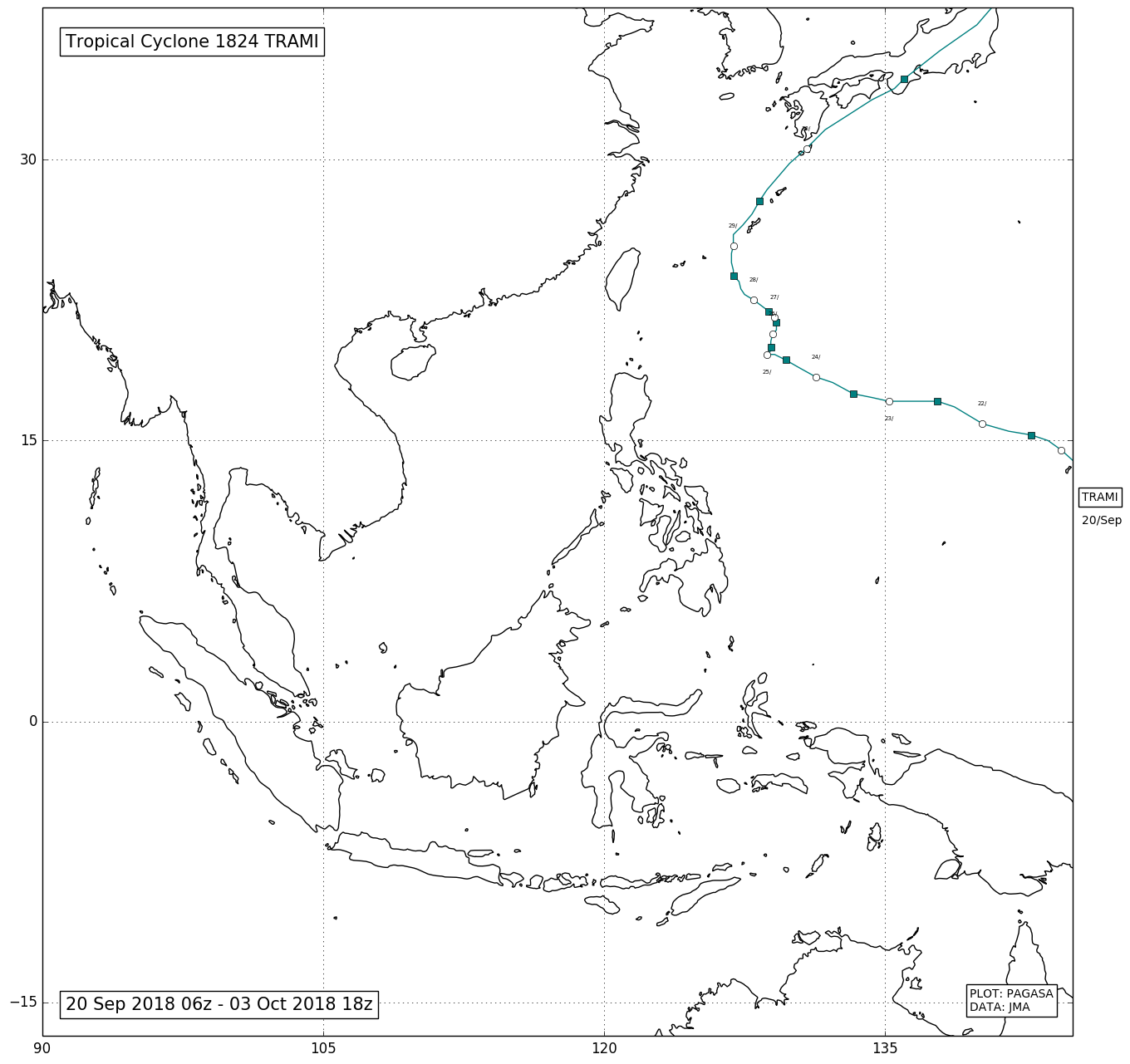 Last September 20,2018 the low pressure area east of the Philippines became a tropical Depression. It moved west northwest and became a tropical Storm TRAMI the next day. Due to the favorable conditions, it continued to intensify until it became a Typhoon on September 22. It then changed its track and moved northward. It became semi- stationary for a while then continued to move northeastward going to Japan. On September 30, It made its landfall in Japan and weakened. It did not weaken enough to dissipate, instead it gained strength again and became an extra tropical cyclone on October 1 while moving northeastward.