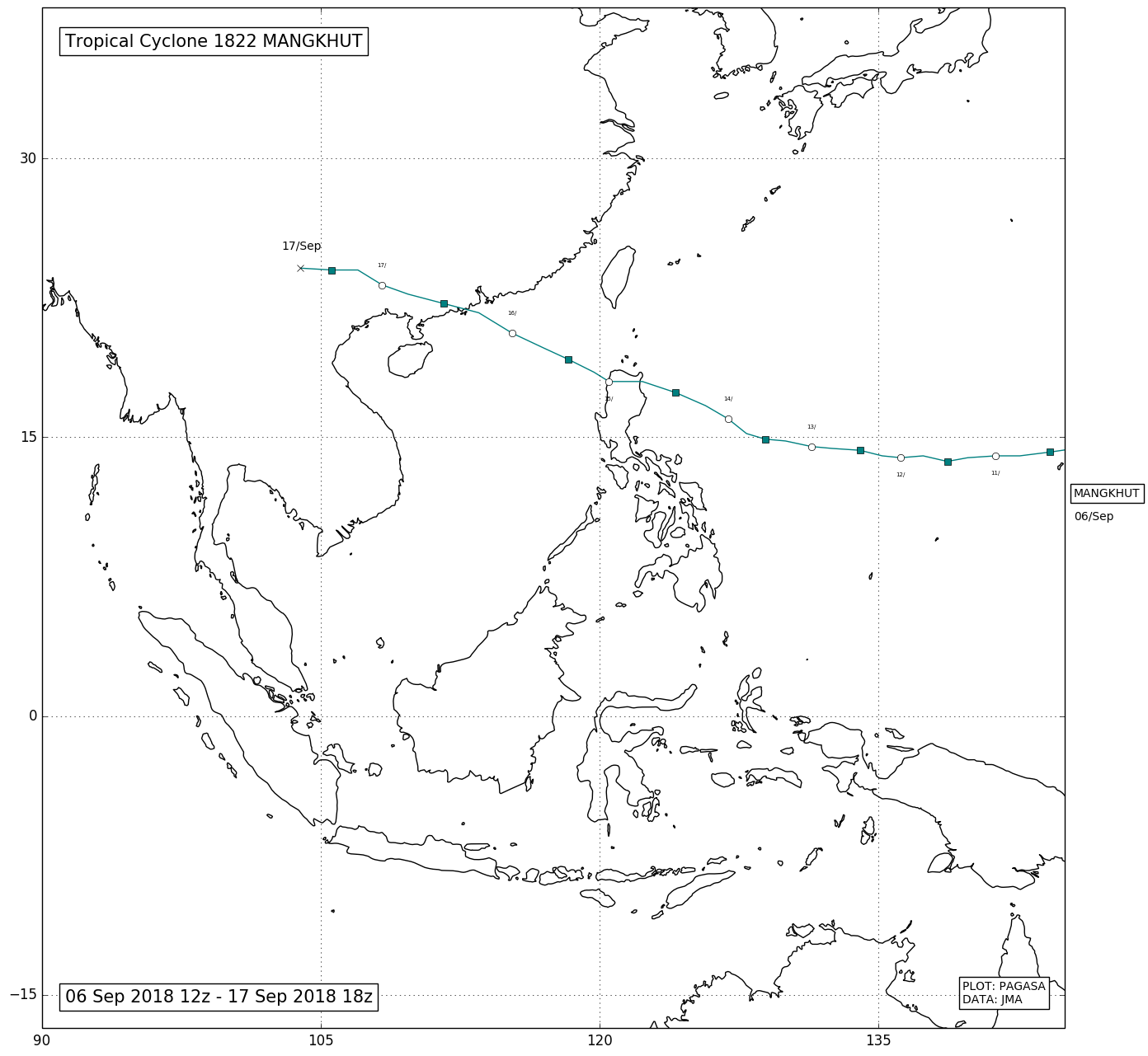 A tropical depression east of the Philippines was formed last September 7, 2018 . It was named "Mangkhut " by JMA. It continued to move west northwest while rapidly intensifying until it was strong enough to become a typhoon. Typhoon Mangkut made landfall on the northern part of the PHilippines on September 14, 2018 and brought rainfall that caused landslide and floodings on the area. It exited the land mass and crosed the west philippine sea on September 15. It made its second landfall in Hongkong then weakend and dissipated while in the land mass on September 17.