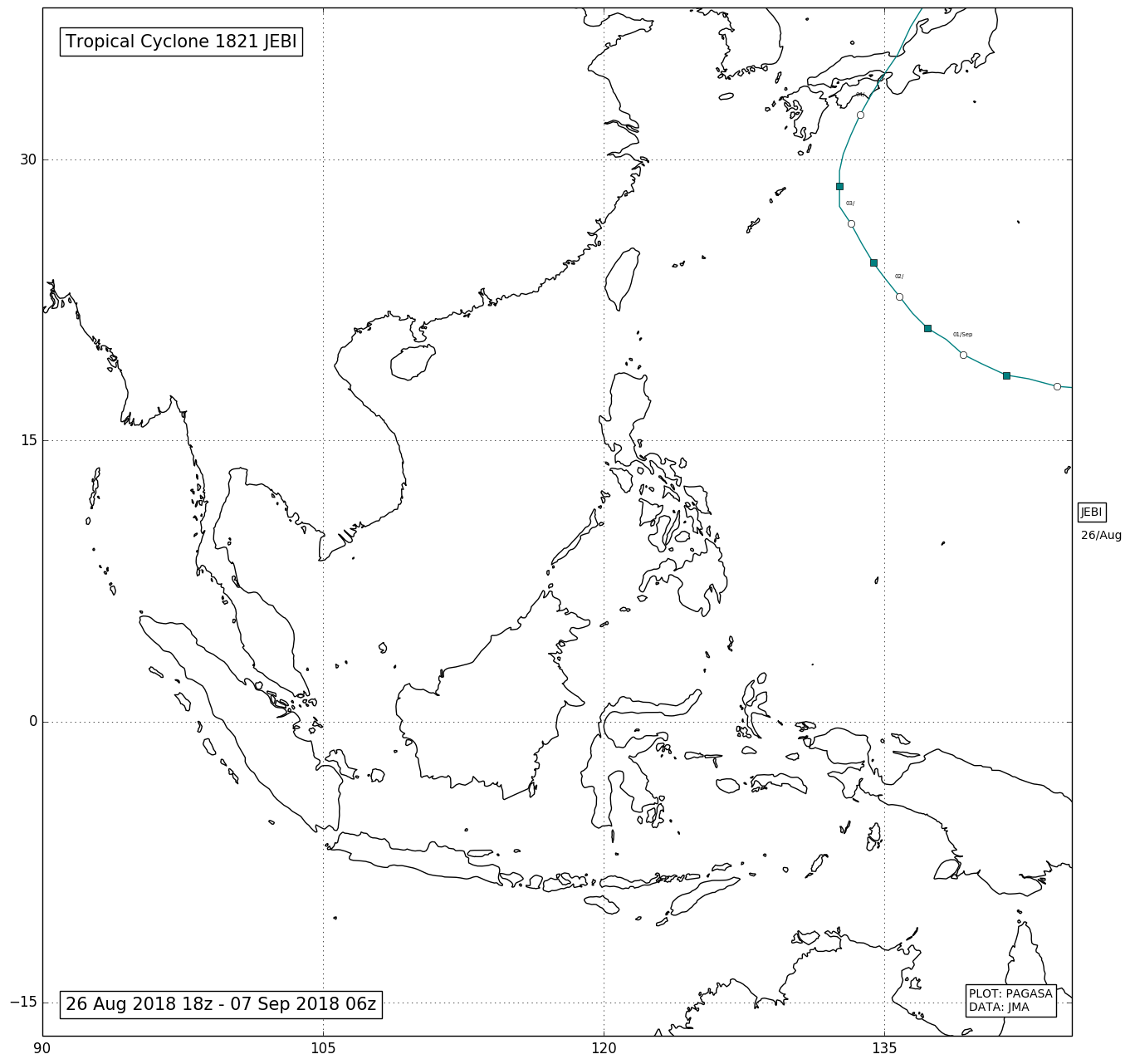 A low-pressure area formed near the Marshall Islands early on August 25. The system developed further on August 27 and both the Japan Meteorological Agency (JMA) and the Joint Typhoon Warning Center upgraded it to a tropical depression. On August 28, the system was upgraded to a tropical storm, with JMA assigning the storm the international name Jebi. On the August 29, the JMA upgraded the storm to a typhoon, after it developed an eye and underwent rapid intensification. Jebi continued to intensifyand become super typhoon.

On September 4, Jebi made its first landfall over the southern part of Tokushima Prefecture .Afterward, Jebi crossed Osaka Bay and made its second landfall over Kobe, Hyōgo Prefecture and then moved over Osaka and Kyoto prefectures, before ultimately emerging into the Sea of Japan. On September 5, after JTWC issued a final warning ,Jebi was downgraded to a severe tropical storm, when it was located near the Shakotan Peninsula of Hokkaido. Later, Jebi moved inland. The terrain contributed to the steadily weakening of the storm as the it moved inland northwestward and then turned northward. Jebi passed northeast of Ayan early on September 7. Jebi continued northward, and then turned northeastward, before dissipating on early September 9.