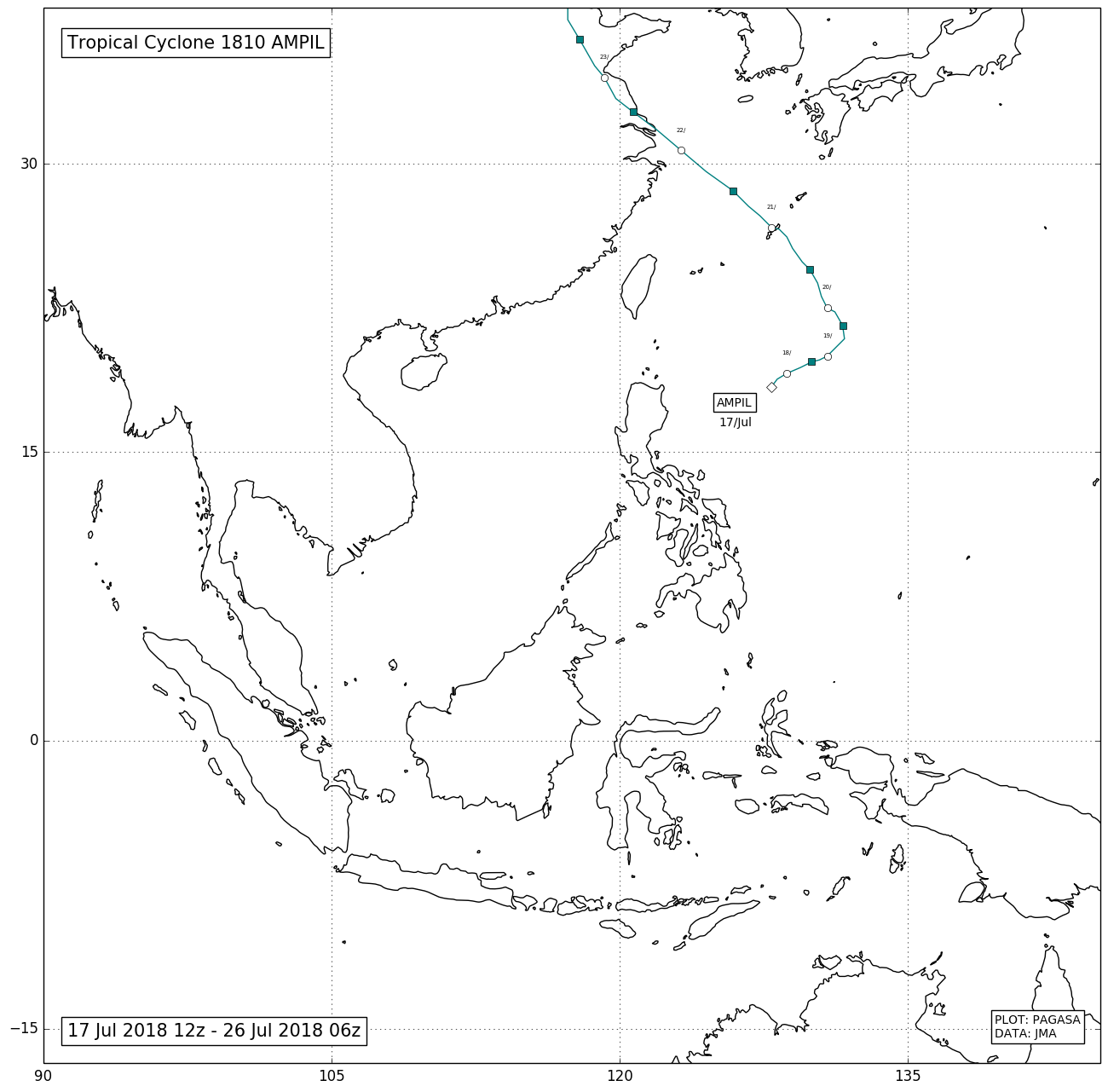 On July 17, a weak tropical depression had developed over in the Philippine Sea and the PAGASA named it as Inday. On July 18, the system had intensified into a tropical storm and was named Ampil. As Ampil moved in a northward direction, the system's structure sustained deep convection. Therefore Ampil was classified as a severe tropical storm and maintained its intensity for the next few days, despite the change of direction. On July 21, the system slightly weakened. By the next day, the downgraded Ampil back to a tropical storm, as the system made landfall over China with a lack of convection. Ampil weakened further to a tropical depression on July 23. While continued tracking the system weakened into an area of low pressure on July 24.