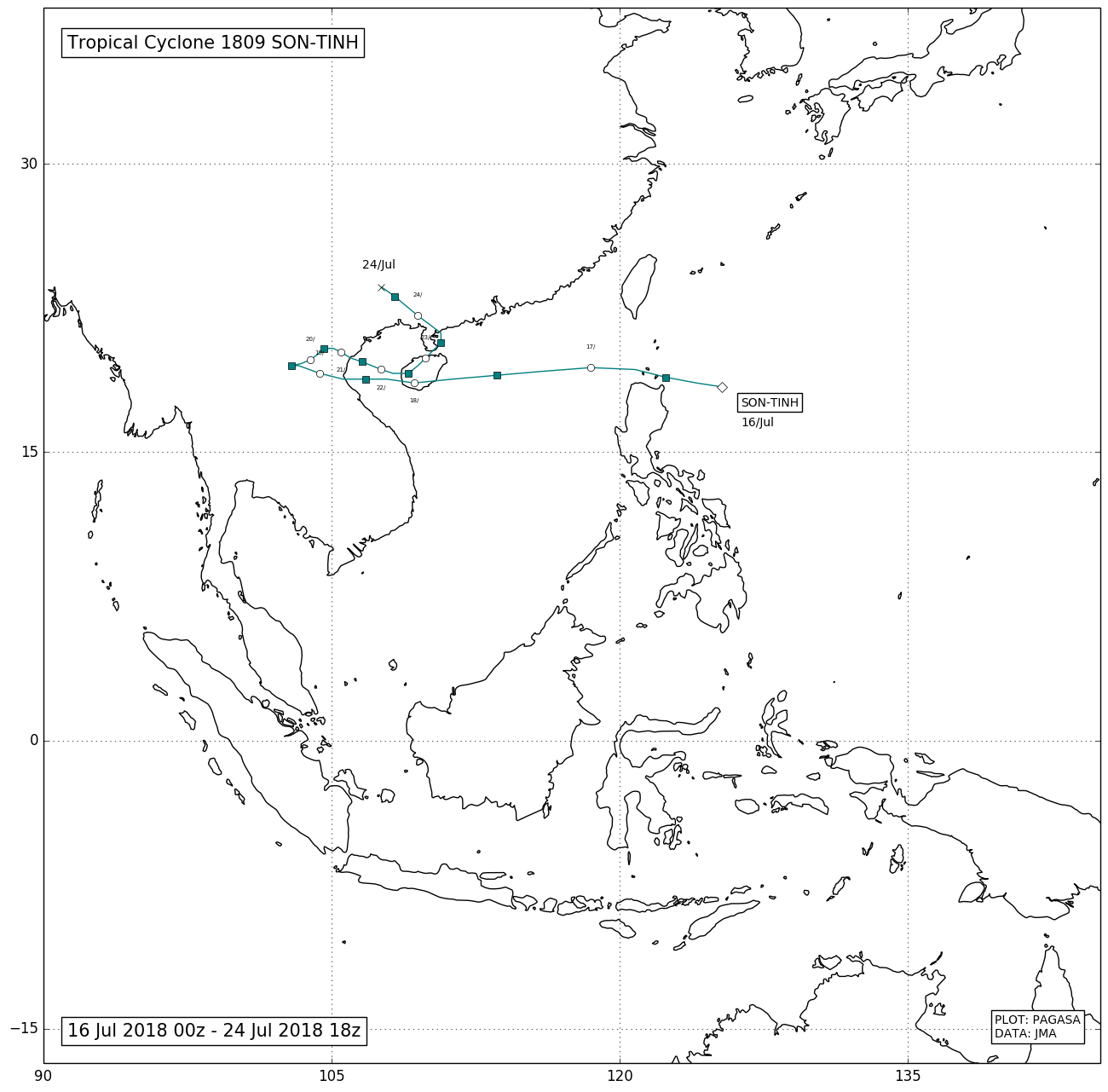 A low-pressure area strengthened into a tropical depression on July 15, to the northwest Philippines. As the system moved in a fast westward direction, the system gradually intensified and was declared a tropical storm by July 17 naming it as Son-Tinh. After making landfall in Southern China, Son-Tinh slightly weakened. During the next day, however, Son-Tinh slightly intensified over in the Gulf of Tonkin due to warm sea-surface temperatures before it made landfall in northern Vietnam. On July 19, Son-Tinh had weakened back into an area of low-pressure. After two days the low-pressure area finally dissipated.