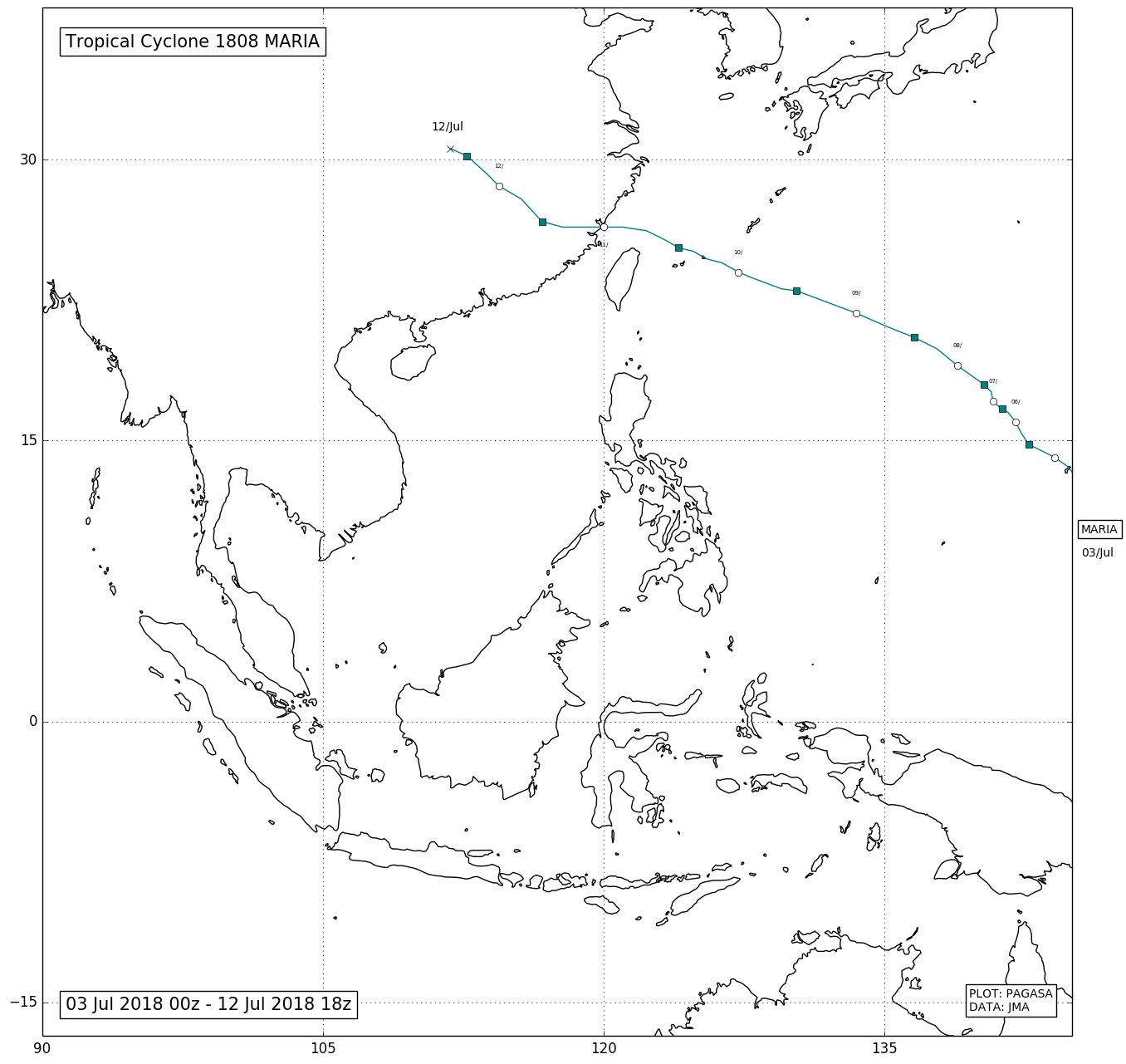 A tropical depression formed on July 3. On the next day, the system intensified into Tropical Stormand called it Maria. Early on July 5, Maria intensified into a severe tropical storm. And later that day, Maria became a super typhoon. On July 8, it started to gradually weaken due to colder sea surface temperatures.After hitting the Yaeyama Islands and affecting Taiwan on July 10, Maria ultimately made landfall over Fujian, China, early on July 11, before dissipating on the next day.