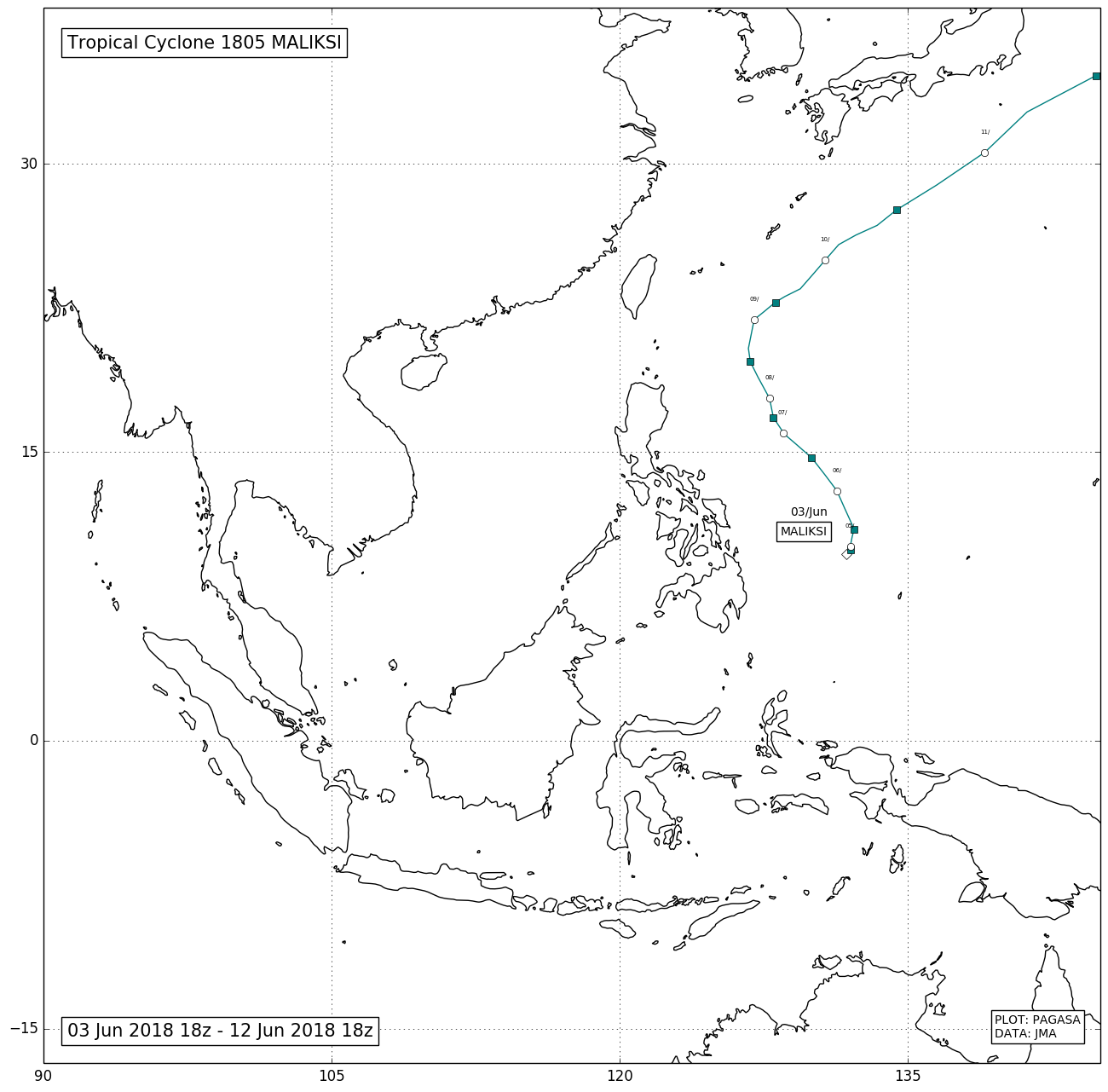 On June 5, a low-pressure area east of Mindanao was developed into a tropical depression and named it Domeng by PAGASA. After the system had intensified further, it upgraded into a tropical storm, naming it Maliksi. While moving northward, Maliksi continued to intensify and upgraded to severe tropical storm. Early on June 10, while traversig the Pacific ocean with winds further intensified, Maliksi raised to typhoon category. After it reaches its peak, Maliksi weakens into severe tropical storm. Maliksi continues to weaken until it dissipated on the 13th of June.