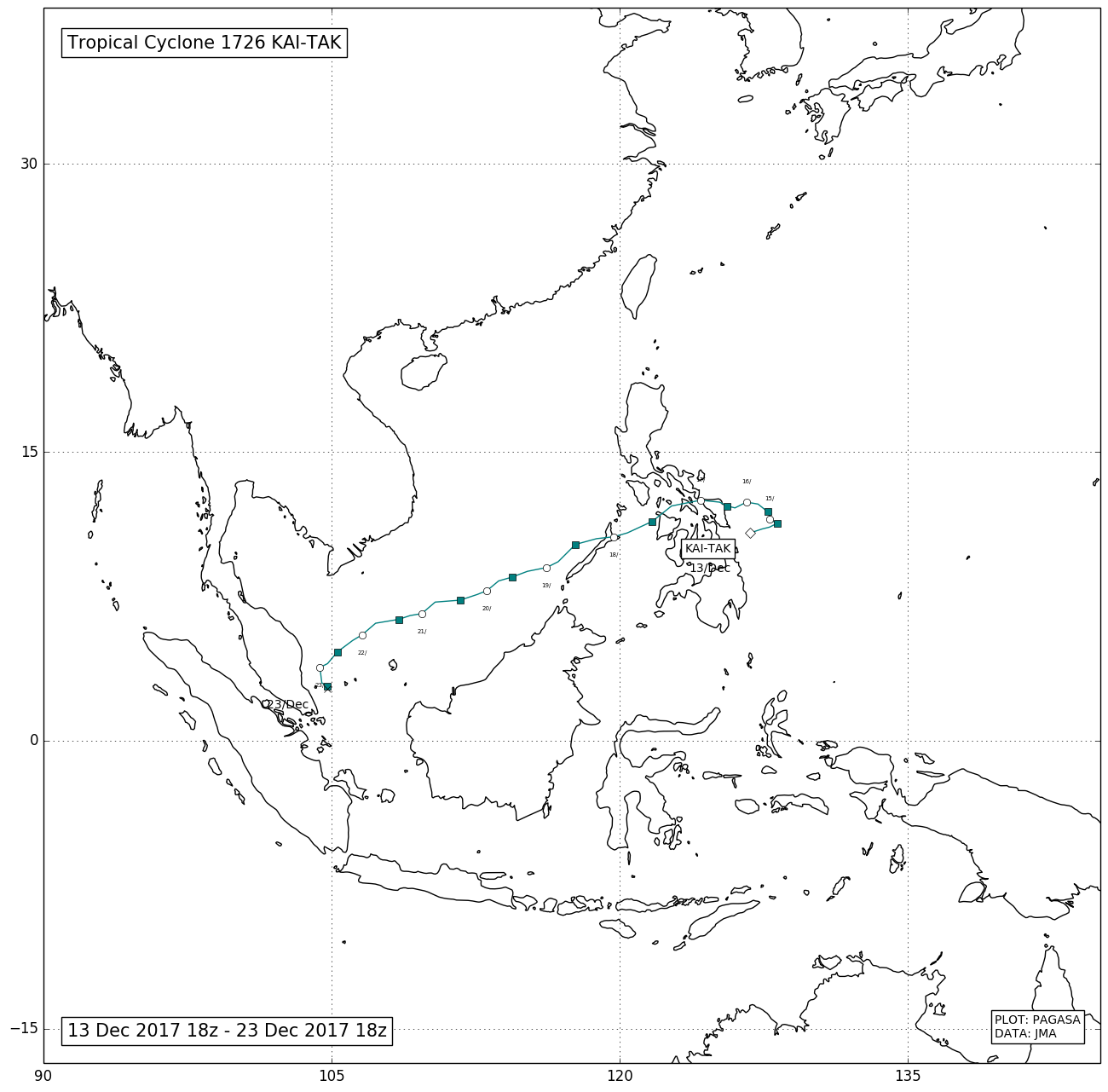 The LPA east of Philippines developed into Tropical Depression “Kai-tak” on December 13, 2017. It then gained more strength and became a tropical storm the next day. On December 16, 2017, TS Kai-tak crossed the Philippine landmass. It weakened, became a TD but continued to move southwest. While traversing the West Philippine Sea, it gained its maximum wind speed of 40kts near the center. By December 21 , it weakened until dissipated on December 23.