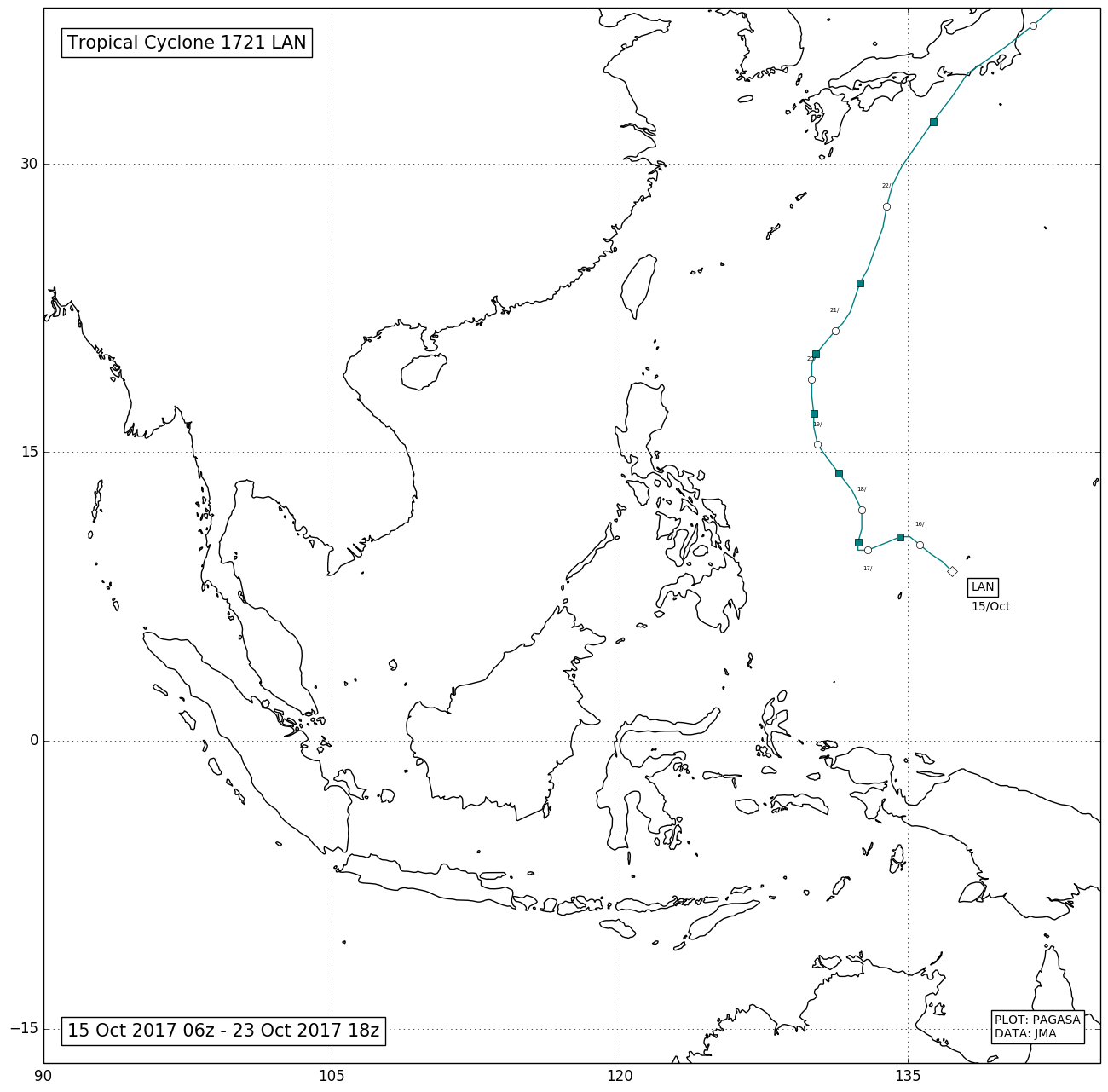 The Tropical Storm with international name “LAN” entered the Philippine Area of Responsibility (PAR) and was named “Paolo” on October 16, 2017 with a maximum sustained winds of up to 80 km/hr near the center and gustiness of up to 95 km/hr. It has maintained its strength and continued to move in a North Northwest direction.

TS Paolo intensified into a Severe Tropical Storm and then to a Typhoon as it moved over the Philippine sea. Landslides incidences were occurred due to continuous heavy rains.

On October 20, 2017, TY Paolo ha s slightly change its course in a north northeast direction with a maximum sustained winds of 130 KPH.

As it continued to move away from the Philippines, it has a maximum winds of 185 km/h near the center and gustiness of up to 225 km/hr.