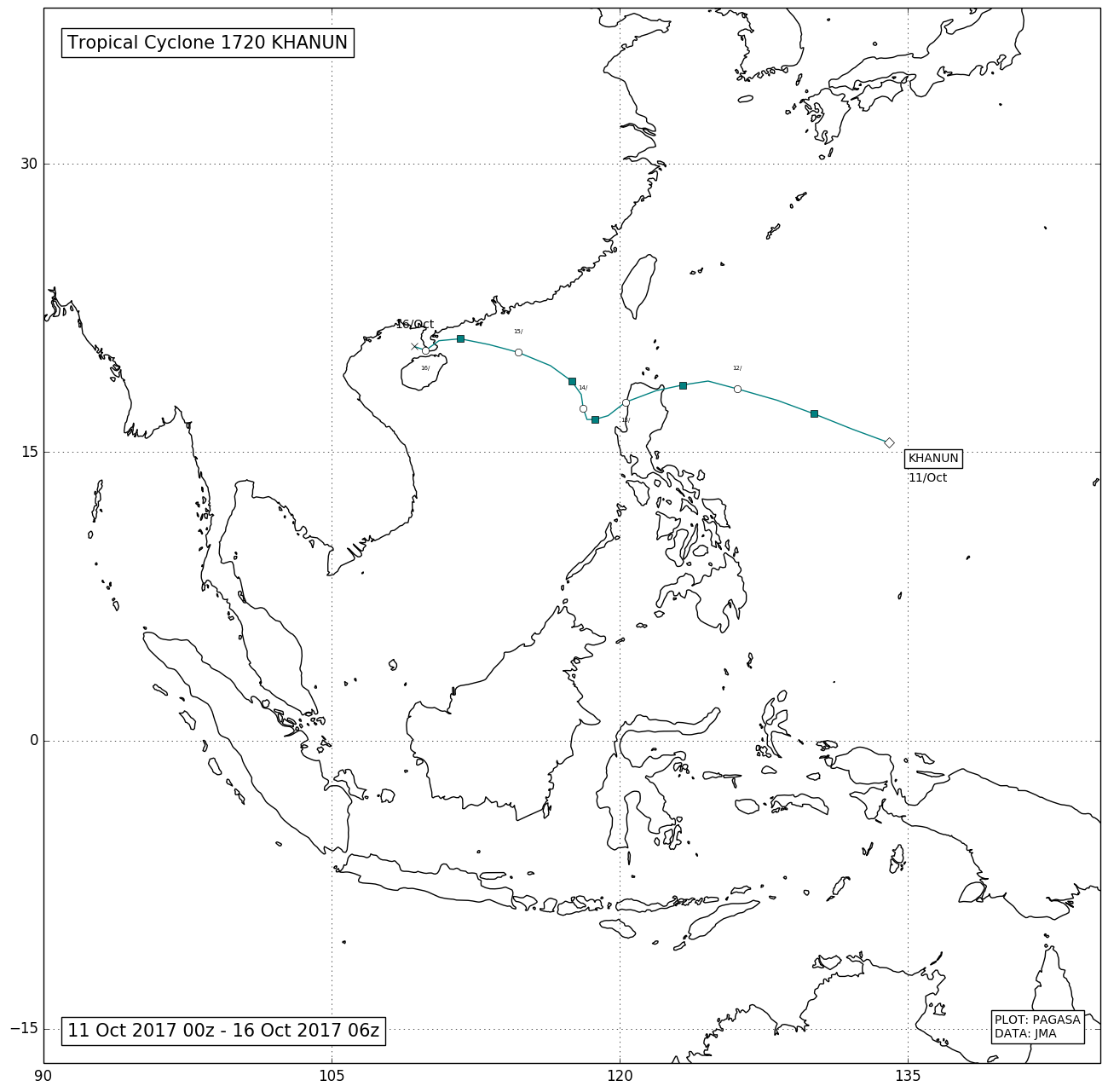 On October 11, 2017, the low pressure area in the eastern part of the Philippines has developed into a Tropical Depression (TD) and was named “Khanun” (International name), “Odette” (Philippine name). It continued to moved West Northwest.

Tropical Cyclone Warning Signals were raised. It maintained it’s strength and intensified into Tropical Storm (TS) and made landfall over Sta. Ana Cagayan on October 13, 2017.

TS Khanun slightly intensified into Severe Tropical Storm (STS) as it continued to traverse to northern Cagayan and exited the Philippine Area of Responsibility (PAR) on October 14, 2017.

STS Khanun reached the category of typhoon as it moved northwest and made landfall again in Southern China on October 15, 2017.