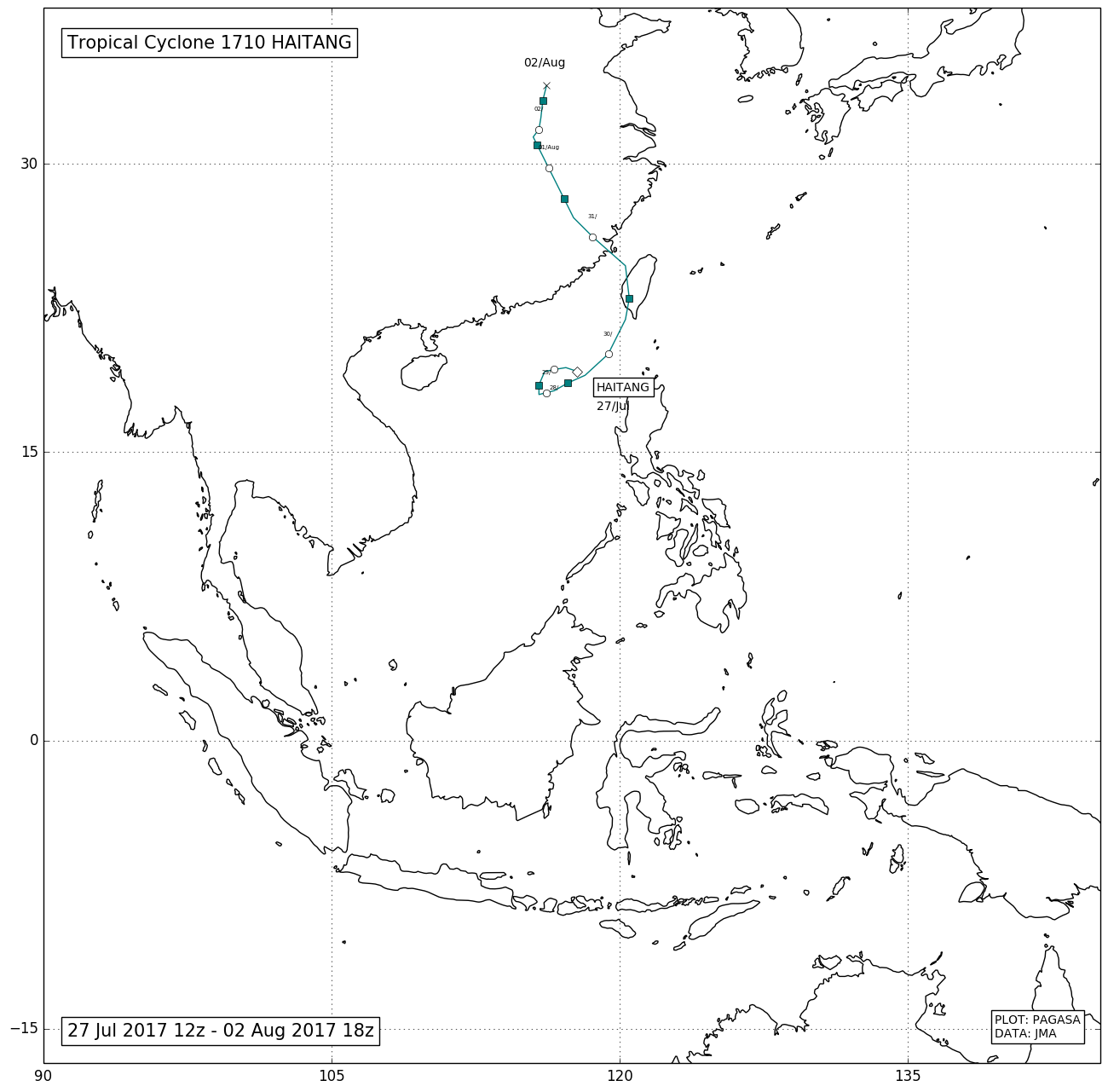 An LPA in the West Philippine Sea developed into a Tropical Depression on July 27. It then intensified the next day and became Tropical Storm Haitang with maximum sustained wind of 40kts near the center. It moved east-northeast then made landfall in Taiwan on July 30. Then it slightly weakened and made its second landfall in China. It weakened further but managed to become an Extra-tropical Cyclone and then dissipated on August 2 in mainland China.