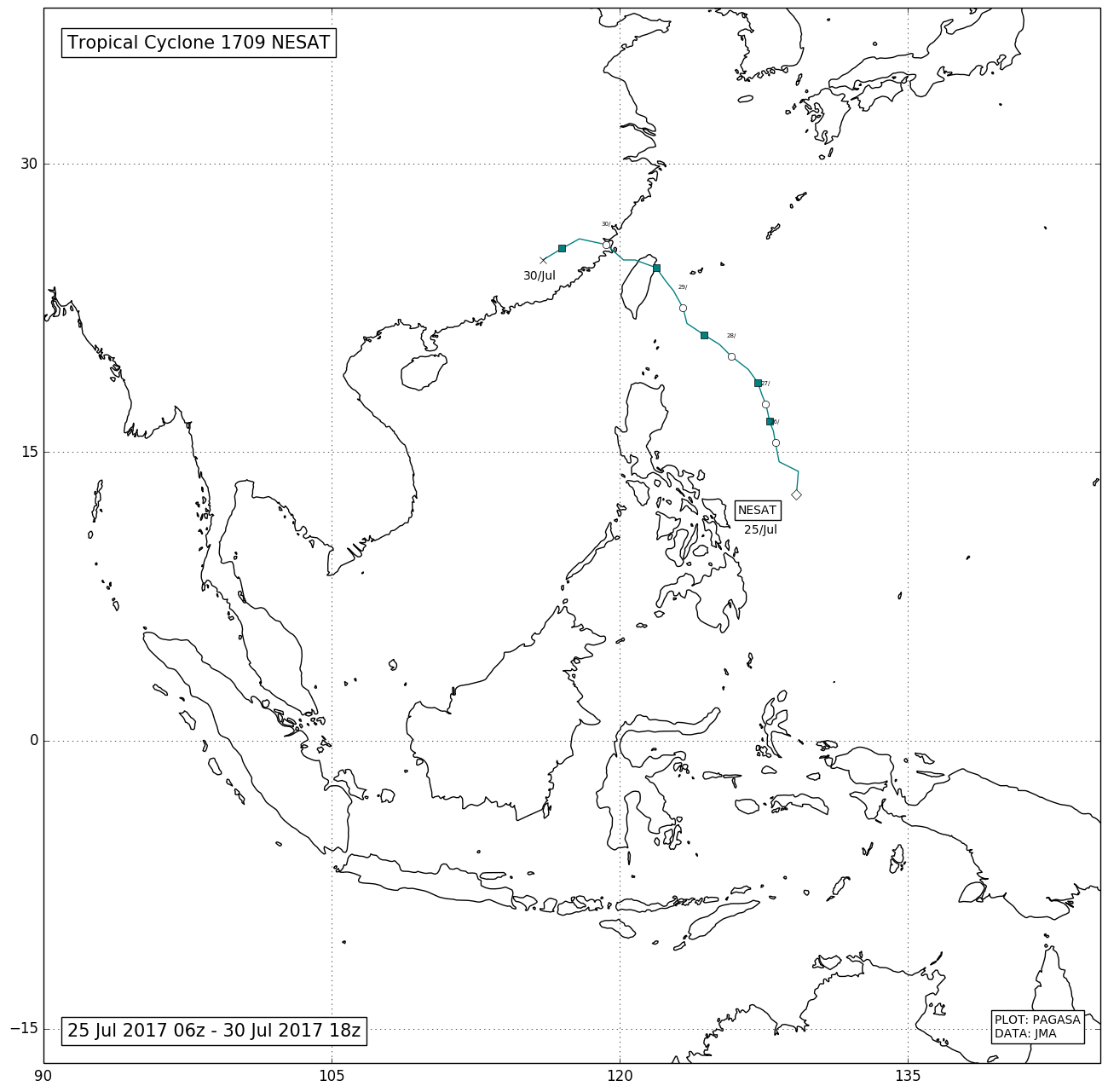 Last July 25, the LPA located east of central Philippines was upgraded to Tropical Depression by JMA. It continued to intensify into Tropical Storm on July 26 and was named “Nesat” while moving west-northwest then became a Severe Tropical Storm on July 27. It was upgraded into a Typhoon in July 28 and reached its highest maximum sustained wind of 80kts on July 29 before it made landfall in Northern Taiwan. It weakened and made its second landfall to China then dissipated on July 30 due to its land interaction.