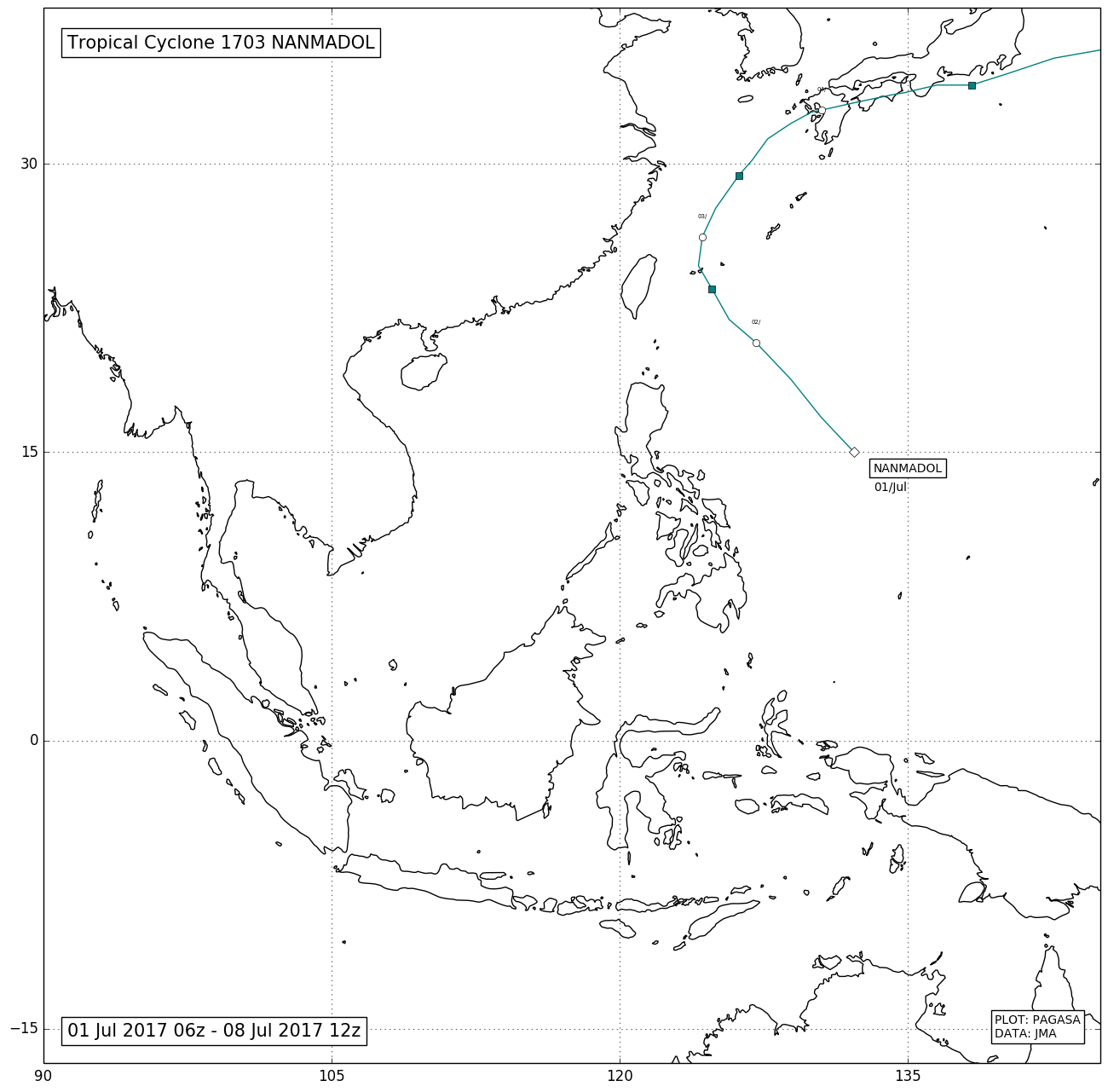 A Low Pressure Area (LPA) inside the Philippine Area of Responsibility (PAR) has developed into a Tropical Depression on July 02, 2017 and was named STS Emong by PAGASA. (Tropical Cyclone 1703 NANMADOL. It moved North Northwest and later intensified into a Tropical Storm then into a Severe Tropical Storm before it left the Northern border of the PAR on July 03. As it was moving to Japan, reached the category of Extra- Tropical Cyclone-L on July 08, 2017 (53.1N, 182.3E). No tropical cyclone warning signals have been raised.