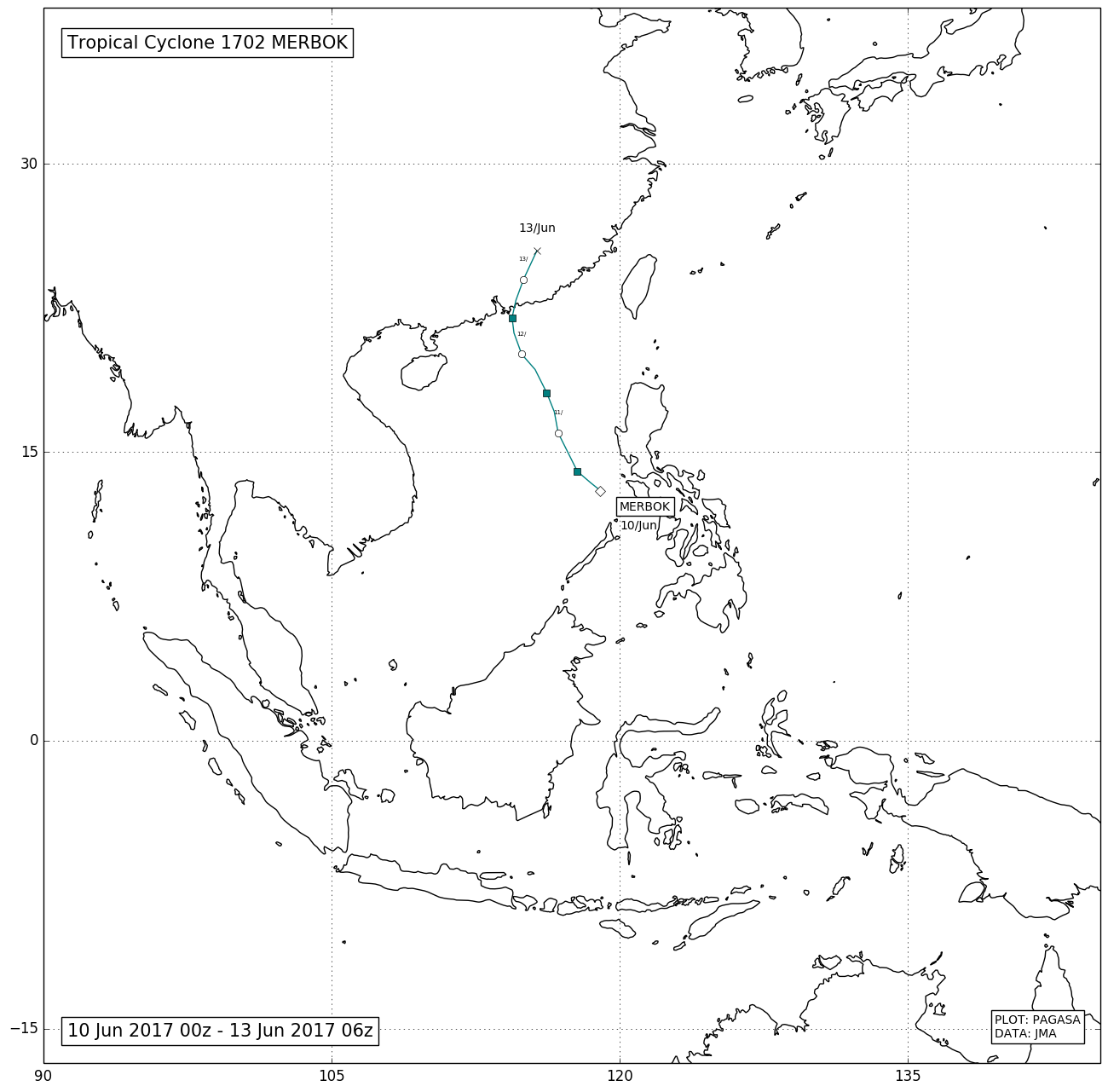 The JMA started to track a tropical depression to the west of Manila, Philippines on June 10. After the system entered a region favorable for further development, the depression rapidly organized, the JTWC start issuing advisories and give it the designation of 04W. A few hours later, 04W had intensified into a tropical storm, receiving the name Merbok as it starts to move in a north-northwestward direction. During June 12, Merbok reached its peak intensity with 10-minute winds of 100 km/h and a minimum pressure of 985 hPa, shortly before making landfall in Eastern Shenzhen. On June 13, the JMA issued its final warning on Merbok, as the system dissipated over China.