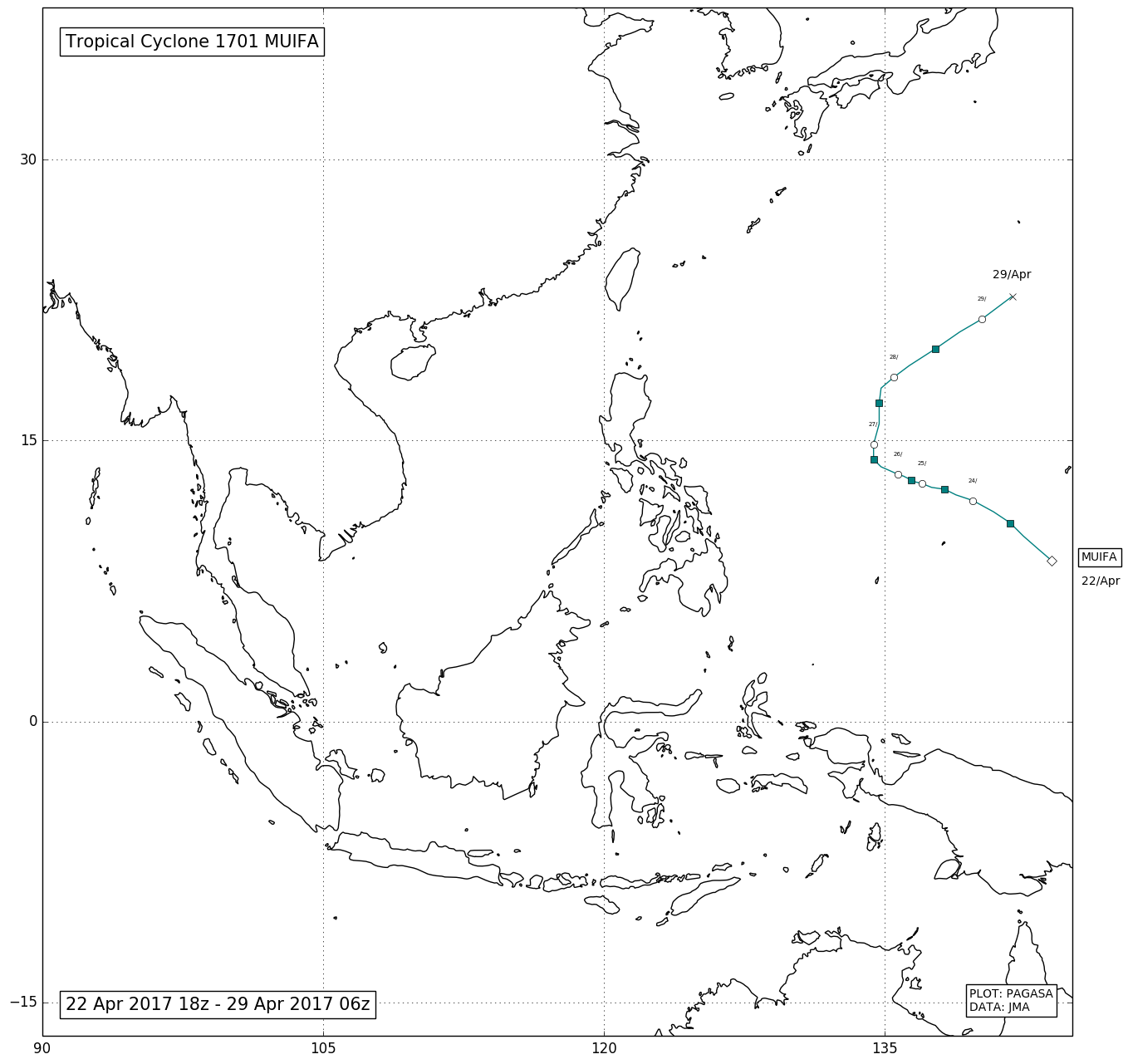 During April 22, the JMA started to monitor a tropical depression that had developed near Guam. After moving westward for a couple of days, the JTWC began issuing advisories, and designated the storm 03W. By April 25, 03W organized and began consolidating further as the JMA upgraded the depression to a tropical storm, giving it the name Muifa. Muifa entered the Philippine Area of Responsibility the following day, and was named Dante by PAGASA. The storm, however, started moving northwards and immediately tracked out of the area by April 27. Both the JMA and the JTWC downgraded Muifa to a tropical depression. Muifa fully dissipated early on April 29.